” Dust My Broom” is a blues song originally recorded as ” I Believe I’ll Dust My Broom” by American blues artist Robert Johnson in 1936. It is a solo performance in the Delta blues-style with Johnson’s vocal accompanied by his acoustic guitar.

We extend our stay in the US today and make a welcome return to the Blues for our next song – Dust My Broom. This one has a complicated history with Robert Johnson, who previously appeared twice on this list, playing one version of the song back in the 1930s. A young Elmore James also performed the song and there are suggestions that Johnson may have taught it to him. In the 1950s Elmore James recorded what became the definitive version.

Dust My Broom has been interpreted by some analysts as a euphemism, something of a sexual nature, but this

remains open to debate. Looking through the lyrics, James sings of his desire to leave behind the woman he is with and to hit the road. The term “Dust My Broom” can then be considered as casting off an old life and moving onto another. Out on the road James sings of searching for another woman and wonders just where he will find her.

I was blown away by the opening slide guitar riff to this song, which is considered one of the most famous from Blues music, and would later influence some rock guitarists. It isn’t long before James belts out the lyrics that complement that melody beautifully. From the opening seconds Dust My Broom had me hooked and I will have to delve further into Elmore James’ back catalogue to see what other gems may be waiting there.

The song is one of heartbreak with Fred Astaire singing of someone special that has ... 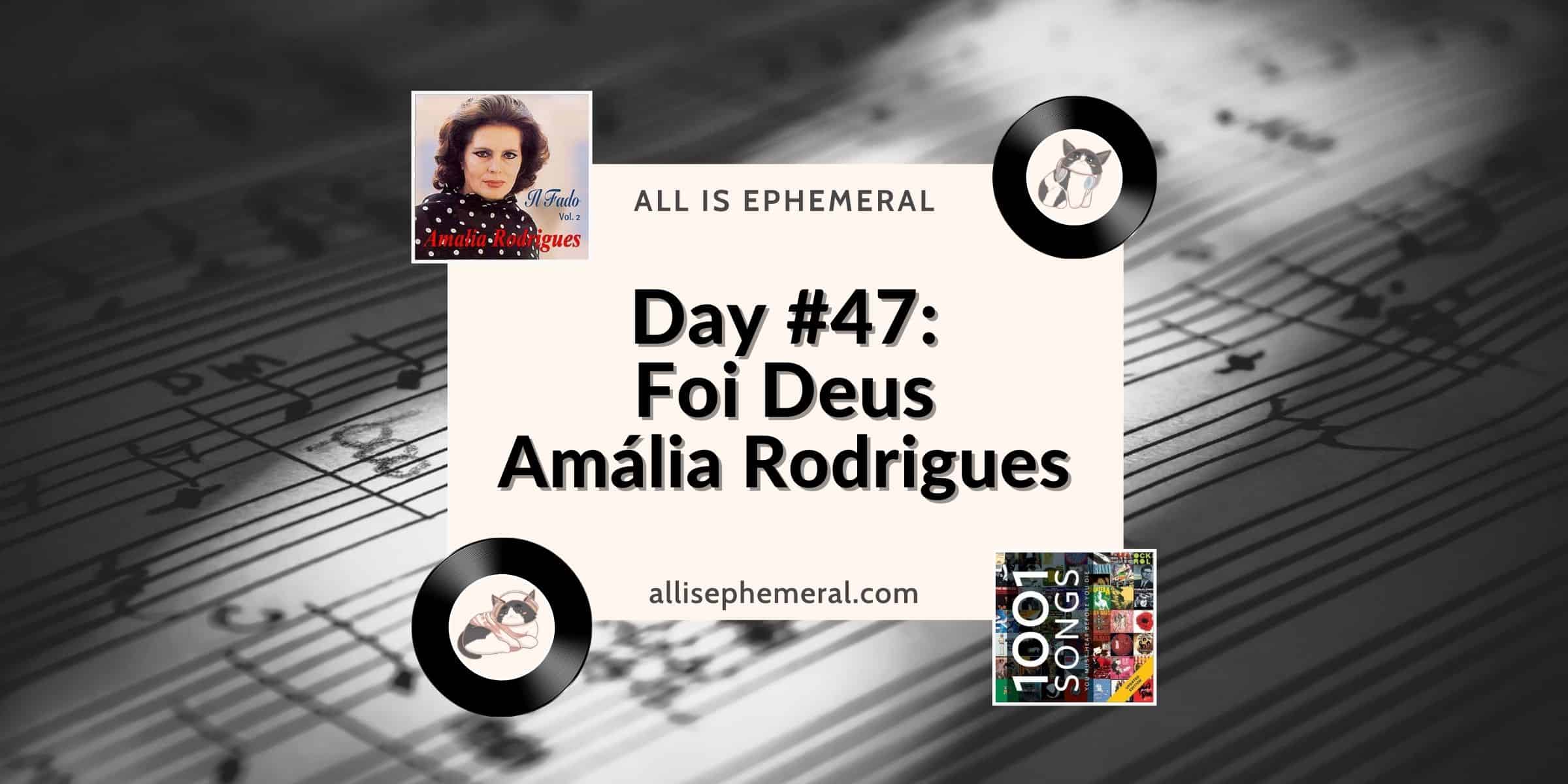 Amália Rodrigues certainly had an impressive voice. She was considered key in helping revitalise fado ...