How High the Moon

” How High the Moon” is a jazz standard with lyrics by Nancy Hamilton and music by Morgan Lewis. It was first featured in the 1940 Broadway revue Two for the Show , where it was sung by Alfred Drake and Frances Comstock.

We remain in the US for today’s song which began life as a jazz number written by Nancy Hamilton and Morgan Lewis. Multiple versions were recorded but the one that belongs on this list comes from Les Paul and Mary Ford. Les Paul was a talented performer, experimenter and guitar maker with one such guitar – Gibson Les Paul – named after him. While working with his wife, Mary Ford, Les Paul was also experimenting with sound on sound recording and together they covered How High The Moon.

The song has the narrator sing of longing for love and uses imagery to describe the sheer distance of celestial objects when this love is not near. The moon is high, music is discernible but distant and, most striking, heaven is far away and also where the narrator’s love is. Presumably, this loved one has passed away and the narrator longs to see them again, the surrounding world offering no solace in the depths of their grief.

This version from Les Paul and Mary Ford was a big hit. Ford’s vocals convey the sadness implicit in the lyrics but the highlight is without question the phenomenal guitar playing of Les Paul. I found a video on YouTube with live footage of the once married couple performing the song and Paul’s skills with the guitar are out of this world and it wouldn’t surprise me if he influenced later guitar geniuses such as Jimi Hendrix, Jimmy Page, Eric Clapton, Dave Gilmour, Keith Richards and Eddie Van Halen. 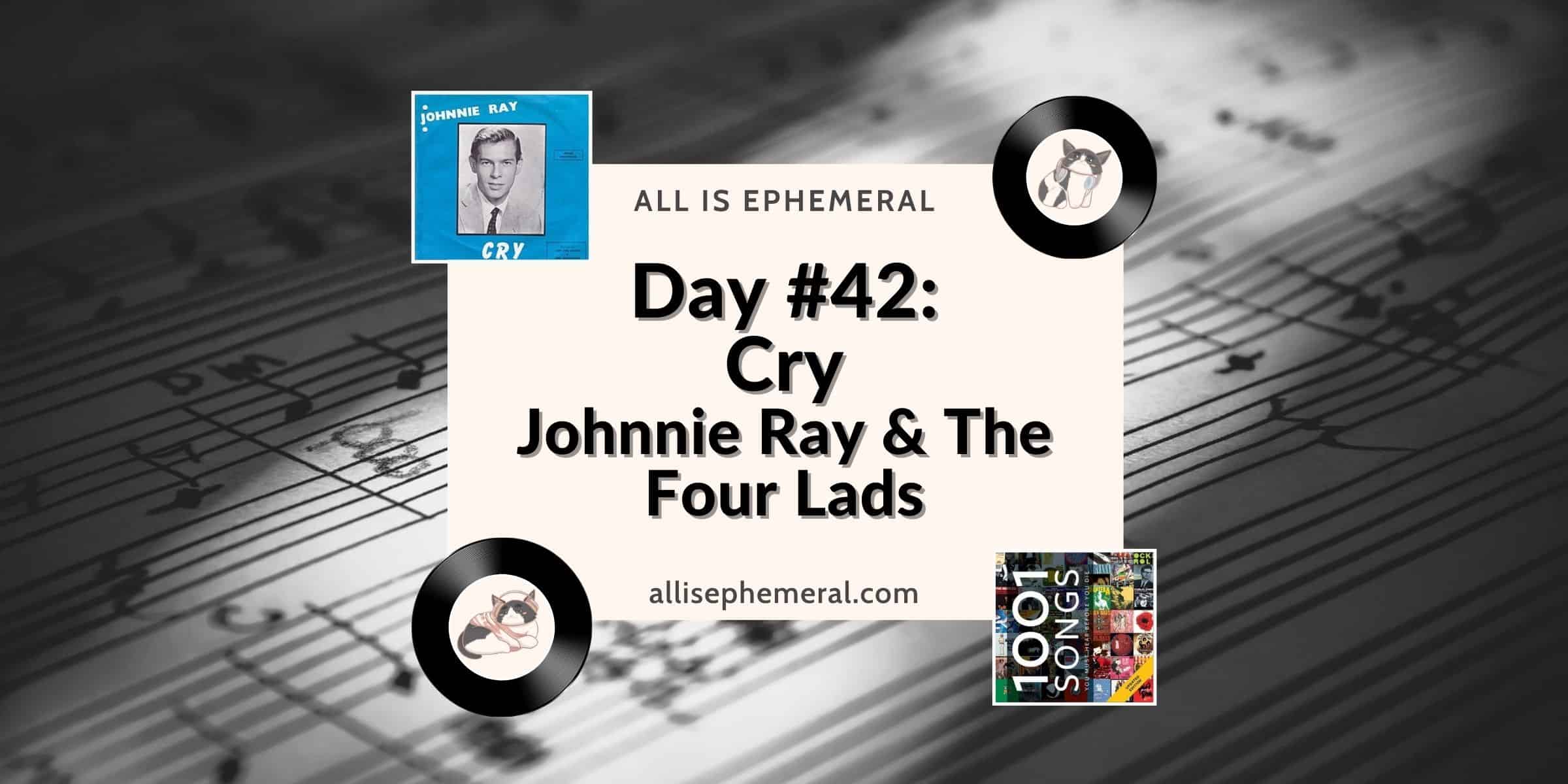 In Cry, Johnnie Ray sings of a lost sweetheart and insists that crying is not ...

Listening to Lord Kitchener sing of the warm welcome he has had in London and ...