Singin’ in the Rain (song)

” Singin’ in the Rain” is a song with lyrics by Arthur Freed and music by Nacio Herb Brown, published in 1929. It is unclear exactly when the song was written; it has been claimed that the song was performed as early as 1927.

We leave behind lovely Europe and take a plane back across the Atlantic Ocean to the US. Unfortunately, the weather isn’t so great as we land; in fact it’s raining but that doesn’t put off our artist today and it won’t ruin the party for us. Written by Nacio Herb-Brown and Arthur Freed, Singin’ in the Rain began life way back in the 1920s and featured in various productions without igniting. By the 1950s Arthur Freed had an idea to revisit the song and so came the musical of the same name with Gene Kelly taking on the vocals.

Many film lovers will be familiar with the sight of Gene Kelly dancing in the streets, umbrella in hand, and singing

his heart out. He is unfazed by the rain and even welcomes it. Gene Kelly is immersed in love and no matter how hard the rain falls, it will not dampen his spirits. In the movie after he sings most of the lyrics, Kelly continues to dance until a far from amused police officer comes along and sends him on his way. The whole routine is one of Hollywood’s most iconic moments.

I was familiar with Singin’ in the Rain, having heard and lived with the song for many years now. It is an undoubted classic from Hollywood’s glory days when legendary stars seemed to be everywhere. One thing I took from reading 1001 Songs… was that the song is best listened to while watching Kelly in the film and I have to agree. Not only is Kelly’s routine funny and his dancing entertaining, the song has much more life with the visual impact. An unsurprising selection on this list.

Le Gorille comes from Georges Brassens and is, to put it mildly, a rather unusual ... 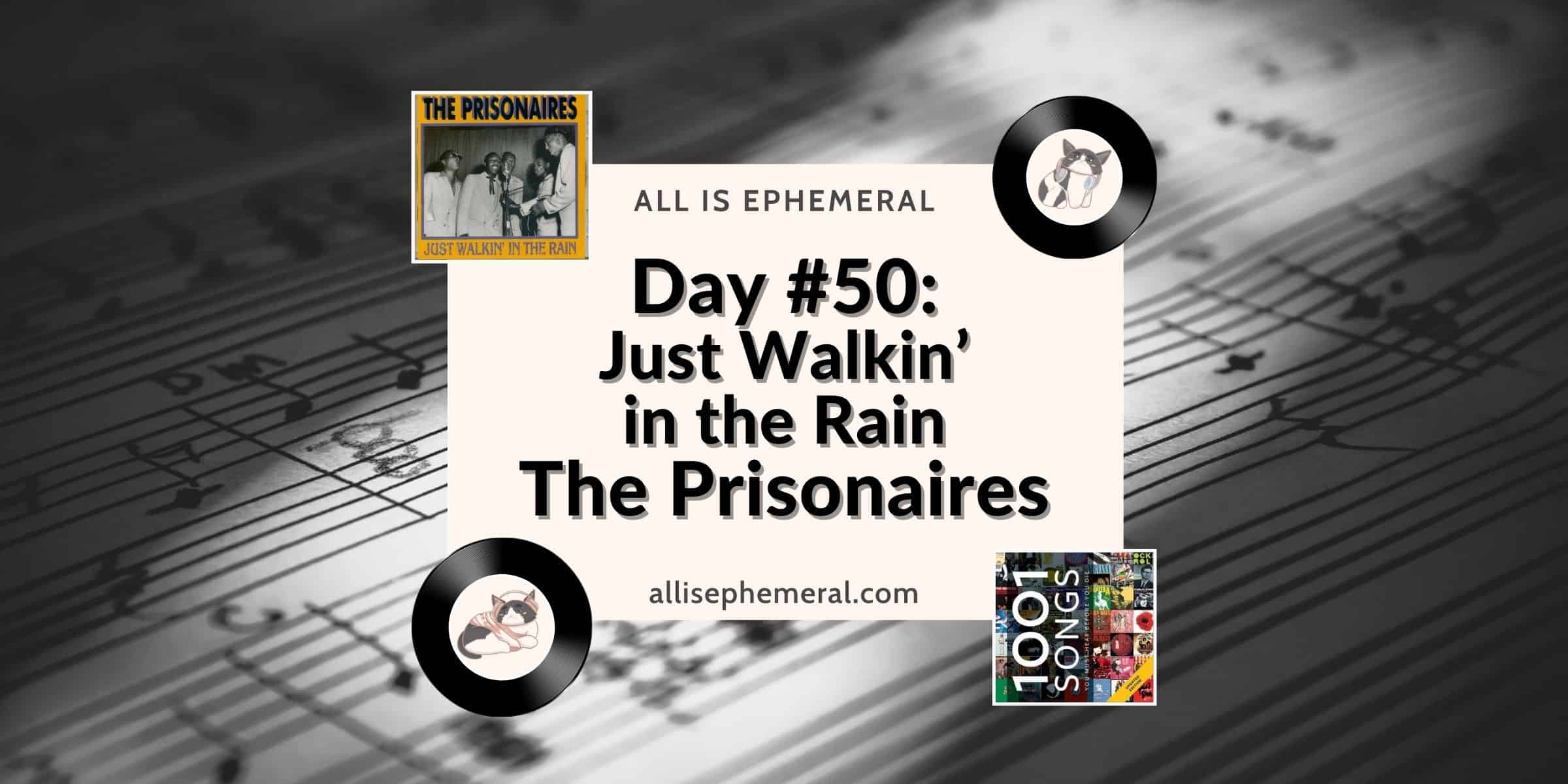 Just Walkin’ in the Rain is a song of regret with the narrator being the ...