” I Try” is a song co-written and recorded by American musician Macy Gray. It was released on September 27, 1999, outside the United States, and in North America on January 25, 2000, as the second single from her debut album, On How Life Is . It is Gray’s biggest hit to date.

Lyrics (via Genius)
Read “I Try” by Macy Gray on Genius

We’re staying in the US, dear reader, but moving on from New York and heading to Ohio. Macy Gray began her career in 1990 writing songs and favouring R&B and soul, but it wasn’t until 1998 that she landed a record deal. When we join Gray in 1999 she has released her debut album, Oh How Life Is, and from there 1001 Songs have lifted the second single released – I Try.

In I Try, Macy Gray’s narrator is a woman who is desperately trying to move on from her lover. Either he is ending things or the

relationship is turbulent and she knows he isn’t right for her and should move on. The problem is it isn’t that easy. Gray’s refrain of “I try” in the chorus sees her lament that whenever she tries to leave her man behind she simply crumbles and gets weak. In the end, she pleads with her lover for them to be together because she simply cannot be without him. You have to feel for her in this vicious cycle she is now trapped in.

Macy Gray’s second single would prove to be her biggest hit, landing in the UK and US Top 10. I remember hearing this one a lot on the radio when it was first released. It’s well written and sung by Gray who had a tremendous voice to carry the woe of the pained narrator to our hearts. Gray’s career continues to this day but I Try remains her golden moment and good enough to land her a place on our prestigious list. 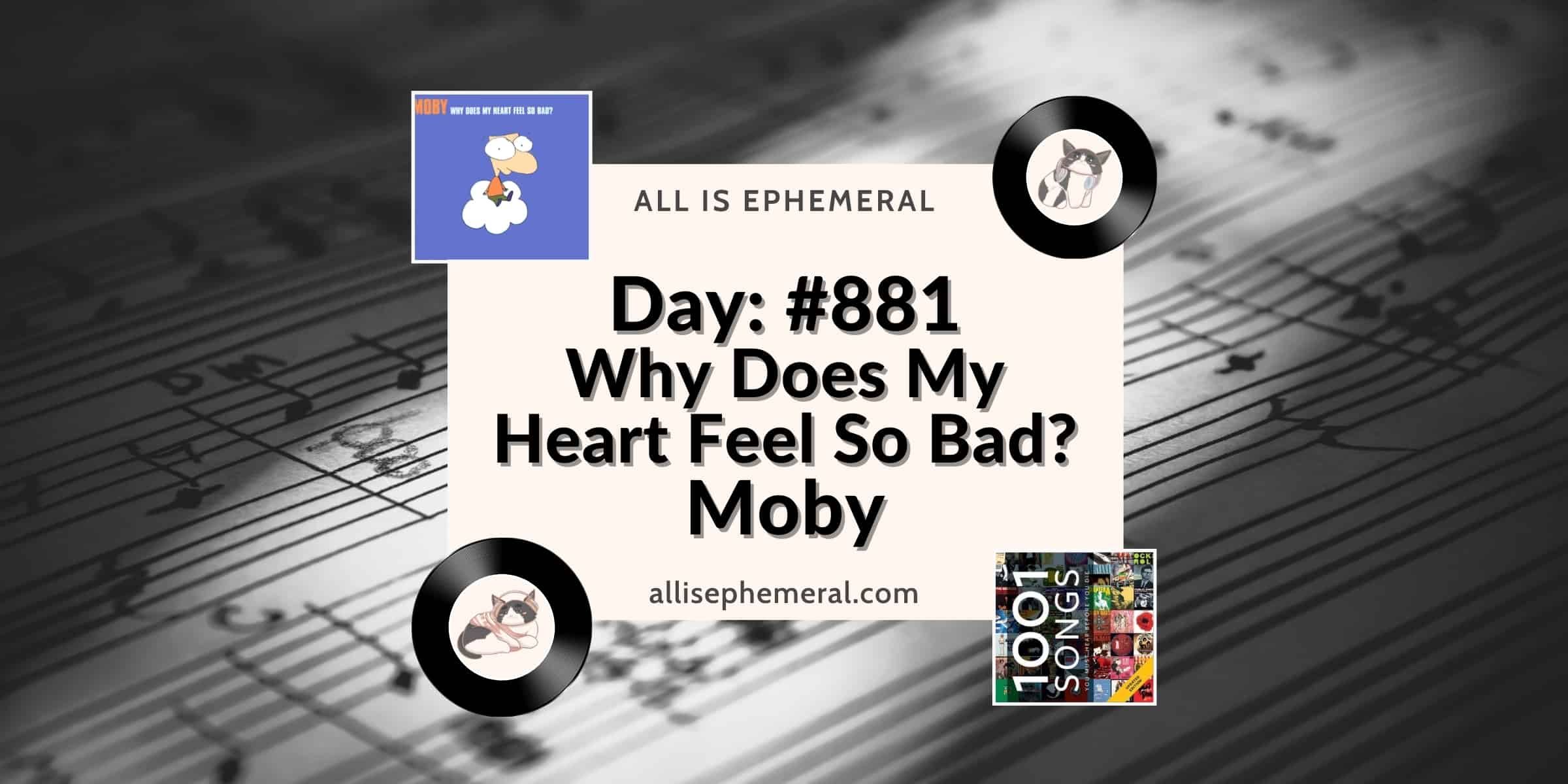 Moby originally worked on Why Does My Heart Feel So Bad in 1992 but dismissed ...

Armand Van Helden's U Don’t Know Me is both a dance and electronic track that ...