Farewell to Australia and hello again to the US. Our travels have brought us back to Los Angeles and here we check in once more with Eagles. We saw them back in 1973 with Desperado. The years have been kind since and the group are now onto their fifth album which would be the third biggest selling record in US history. No.1 would be their greatest hits collection! Anyway, it’s been a long journey so far, dear reader, and I feel the need to stop and rest for the night. The Bates Motel did not appeal on the drive through but just beyond that was the Hotel California.

A song that has had decades worth of interpretation analysis and debate, Hotel California was written by Don Felder, Glenn

Frey and Don Henley. The track has three verses with the first one having a narrator driving alone at night and seeing the bright city lights of California on the horizon. They are weary so stop for the night at the Hotel California which we are told on good authority is “such a lovely place.” The second verse refers to a wealthy woman, a socialite perhaps and a circle of beautiful friends partying in a courtyard with her, the glitz and glamour of Hollywood maybe. The third verse sounds quite sinister with some interpreting Satanic rituals here and the uneasy admonishment to the narrator that you are a prisoner and can never leave. If you are familiar with the UK comedy The League of Gentleman, then Hotel California sounds like Royston Vasey. The group themselves have said the song is their interpretation of California and the luxuries and life to be found there. In that respect the hotel of the title could be a metaphor to encapsulate all of California rather than a solitary dwelling one stops in for the night.

Listing the great rock tracks of the 1970s, one is bound to come across Eagles and Hotel California. It is unquestionably their most famous song and one of the few I actually knew prior to starting this challenge. It stands up well to this day with some delightful backing music to Don Henley’s pristine voice. The final two minutes is rounded off with one of the great guitar solos as well. A high point in the career of Eagles. 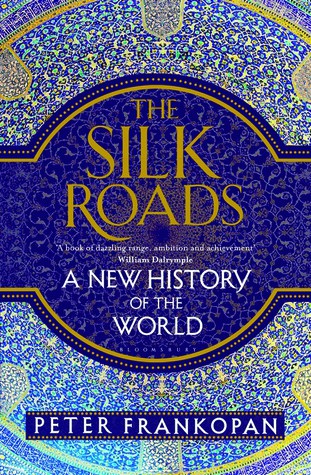 Review of Peter Frankopan's 2015 book, The Silk Roads: A New History of the World ...