We’re staying in the US today, dear reader, but leaving the east coast and heading inland to Michigan. Would you believe it, we have Stevie Wonder back on our glorious list, making his fourth appearance. That’s some achievement given the competition we have had in the 1970s. When we join Wonder in 1976 he has released his latest album – Songs in the Key of Life – and from that record 1001 Songs have gone with Sir Duke.

Written by Stevie Wonder, Sir Duke is a personal song for the singer, a nod to those musicians that influenced him as

a young man. The song begins with a general acknowledgement of the power of music, how there are no barriers to those performing it and appreciating the medium for what it is. Music is for everyone. In the chorus, Wonder references people lost in the music, be it dancing or just vibing out to a decent tune. We’ve all been there. The second verse is more personal, with Wonder identifying the key names he considers pioneers, which includes Count Basie, Glenn Miller and Louis Armstrong, the latter having appeared on our list very early on. Special mention is made to Sir Duke who was Duke Ellington, who led a jazz orchestra for six decades but he sadly passed away in 1974 a the age of 75. Wonder dreams of Ellington’s music, along with the other pioneers and throws in the beautiful voice of Ella Fitzgerald to round off the dream team.

Not only was Stevie Wonder frighteningly prolific in the 1970s, he was also consistent in the quality of the music released. We have enjoyed some great songs from Wonder on this list and Sir Duke slots in nicely with the trio of other tracks featured previously. It’s a lovely tribute to Wonder’s heroes and a celebration of music in general which many of us can relate to, regardless of our favoured genre(s). Sir Duke isn’t as strong as Living for the City but it’s still a great song, showcasing Wonder’s undeniable talent. 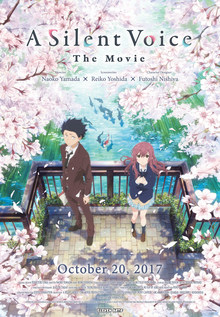