After a very long stay in the US, dear reader, we’re packing our suitcases and taking a plane south all the way down to Brazil. This isn’t our first acquaintance with lovely Brazil, of course, having previously sampled some bossa nova but on this day we’re having ourselves a bit of rock. Os Mutantes alias The Mutants emerged in the sixties and were associated with something known as Tropicalia, a musical movement rife during the dictatorship of this decade. From Os Mutantes’ collection, 1001 Songs has gone with A minha menina.

A minha menina translates as My Girl and sees the narrator open proceedings by insisting that coughing is okay.

Strange. After that, they begin the song in earnest and tell us all about the girl of the title. She’s something pretty special with imagery of the sun and the moon, as well as rose bushes in full bloom to name just a few. The narrator insists that she is his and he is hers and that he wakes up having dreamt of her and longs to be with her. It sounds like he is in love. Bless.

I know a lot of rock music but I can honestly say I was not familiar with any rock bands from Brazil, least of all Os Mutantes, so this was an interesting digression into unknown territory for me. As with other songs on this list, I relied on a translation to gain a full understanding of what A minha menina is all about. As the opening line suggests, it’s a relatively quiet number for a rock song but it has a nice rhythm to it throughout. A really upbeat track. 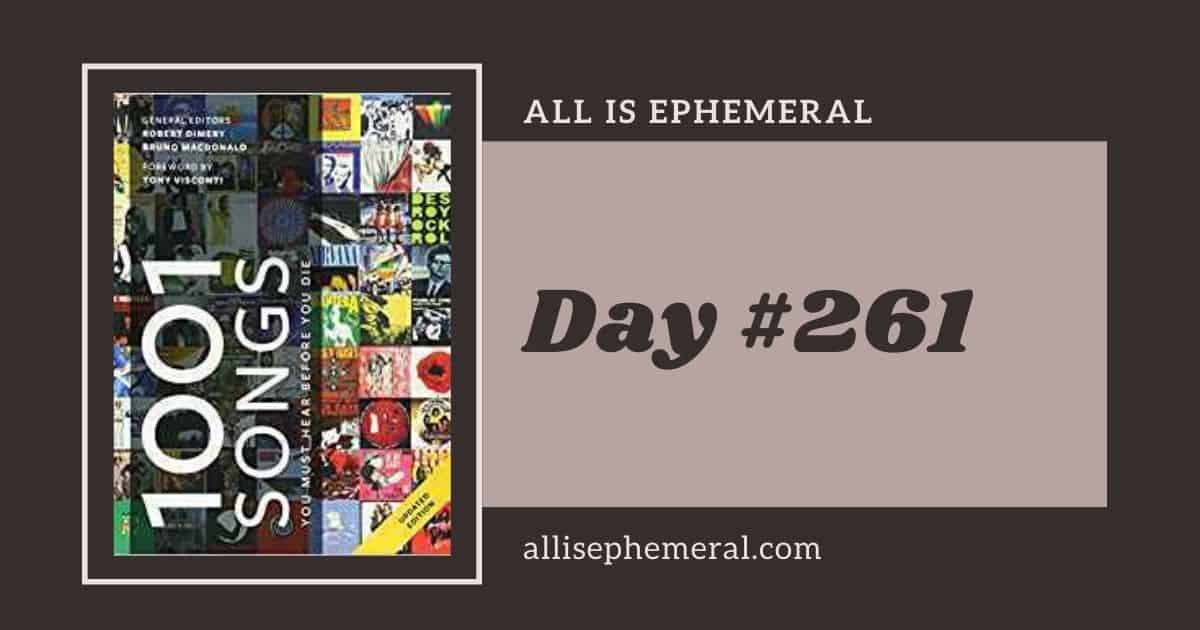