Maladroit is the fourth studio album by American rock band Weezer, released on May 14, 2002 by Geffen Records. Produced by the band, it was their first album to feature bassist Scott Shriner, following the departure of former bassist Mikey Welsh in 2001.

Lyrics (via Genius)
Read “Slob” by Weezer on Genius

We’re remaining in the US today, dear reader, but leaving New York and making our way over to Los Angeles. Weezer were formed in 1992 and gained early traction with songs such as Buddy Holly (1994). When we join them in 2002 the band has had a hiatus (1998-2000) but are now onto their fourth album, Maladroit, which began as an experiment. Weezer recorded demos and released them online for their fans to give feedback. The process did not work out but one song did survive and make it onto the album thanks to the fans’ insistence and that was Slob.

gestation. The song itself sounds like a conflict between parents and their son. Said son is not living the life that their parents and indeed society may expect of them. They are not married, they have no children, possibly no job, but they do have a dream. This dream is dismissed by their peers and they are told to stop being the slob of the title and sort their life out. You can imagine this was something Weezer themselves may have faced from family and friends when they were first starting out.

My knowledge of Weezer is limited to Buddy Holly and I am really not sure why I haven’t explored their material further. Slob is a short but catchy track and there is a universal element here for all of us who may have aspirations of that dream job, whatever it may be, but pressure from family and friends or the weight of expectation from society in general may steer us down a survival path, but not necessarily the road we hoped for. If given the chance to live the lives we truly wanted then I am sure many of us would make changes. Slob is a testament to that pressure of chasing the dream and continuing to do so no matter how unlikely it may be.

Untitled became a signature piece of music that Interpol worked on in live sets and ... 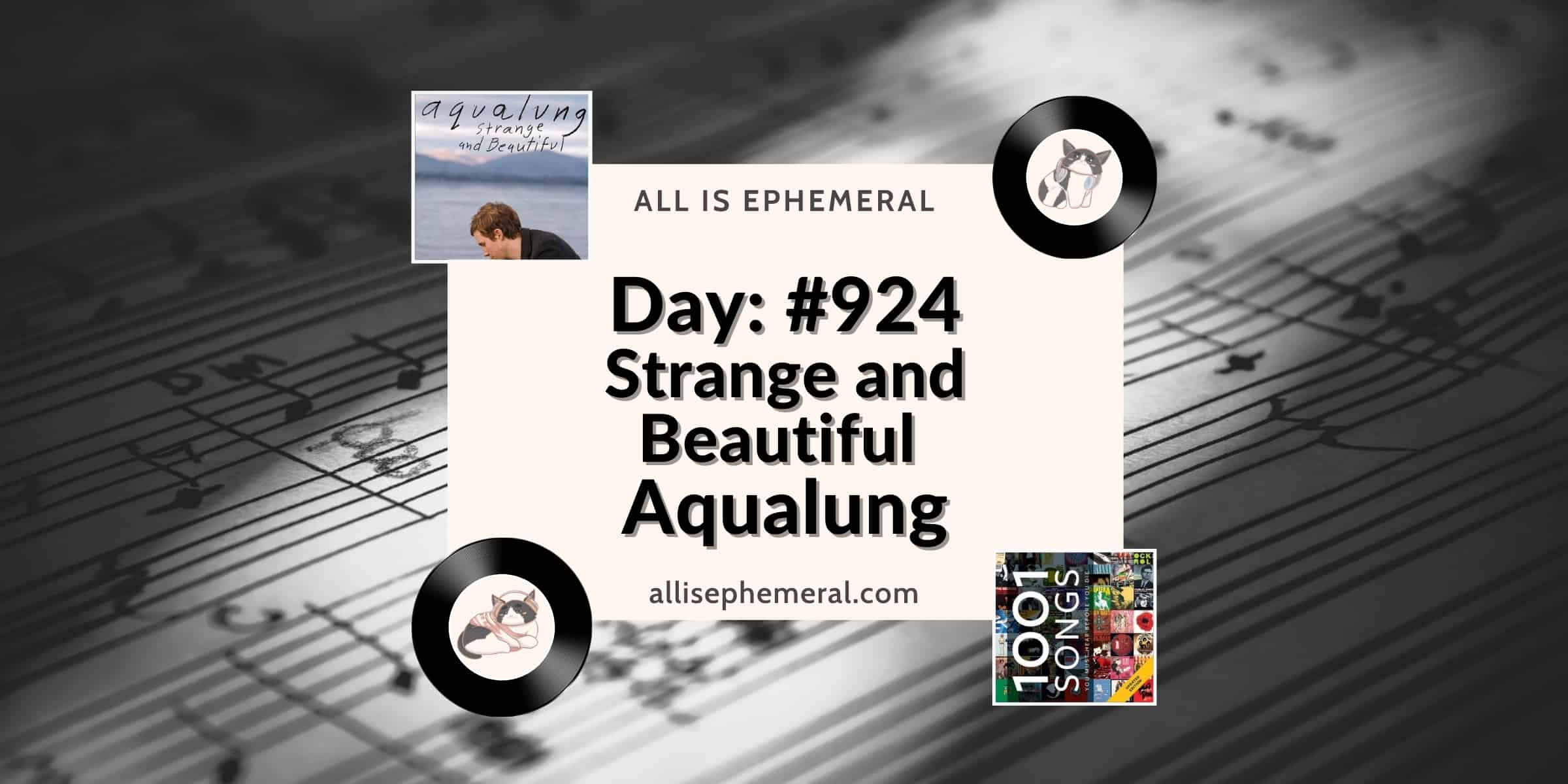 Aqualung's Strange and Beautiful (I’ll Put a Spell on You) is another tragic tale of ...