Turn On the Bright Lights – Wikipedia

Turn On the Bright Lights is the debut studio album by American rock band Interpol, released on August 20, 2002. The album was recorded in November 2001 at Tarquin Studios in Connecticut, and was co- produced, mixed and engineered by Peter Katis and Gareth Jones.

We’re leaving Russia today, dear reader, crossing the Atlantic Ocean and heading to the US and to Manhattan in New York. Interpol were formed in 1997 and focused on indie rock and post-punk as their genres of choice. We join them in 2002 with the release of their debut album, Turn On the Bright Lights, and 1001 Songs have declined to concentrate on any singles and instead focused on the opening track, Untitled.

them as a band and to their live shows. Lyrically, the song is very limited but does make reference to surprising someone, to coming over to their home to spring said surprise, especially when they are feeling down. What this surprise is or may be is never disclosed in the song so we as listeners are left to speculate. The track is more about the music than the words sung.

I was not familiar with Interpol the band but am familiar with the other Interpol, of course. Untitled has a delightful guitar riff and pleasant vocal, brief as it may be. The ambiguity to the track only adds to its intrigue rather than hinders it. The group’s debut album was critically acclaimed and they have since amassed an impressive body of work, continuing to delight both critics and fans alike. 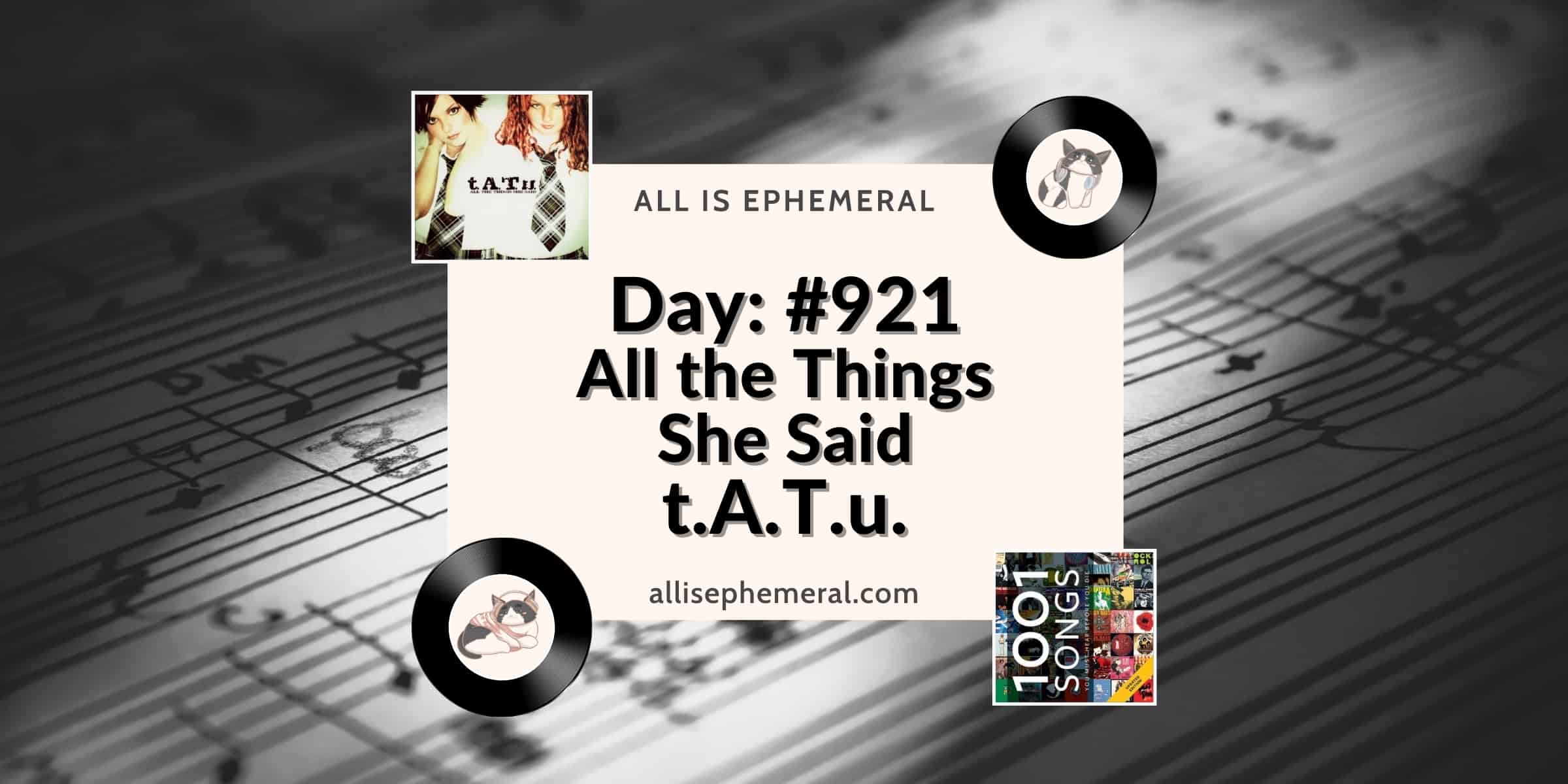 t.A.T.u.'s All the Things She Said is from the perspective of a girl who has ...

Slob was first demoed and performed live back in 2000 by Weezer and fans remembered ...