” Clandestino” is the second single and the title track from Manu Chao’s first album, Clandestino . The lyrics of the song are sung in Spanish and deal with the issue of immigration: “I wrote it about the border between Europe and those coming from poorer nations.

Lyrics (via Genius)
Read “Clandestino” by Manu Chao on Genius

We’re remaining in France and in Paris today, dear reader, as I am a tad stuffed on the local bread and have had a bit too much wine to be flying. Anyway, our guest today is Manu Chao who was born in France but his family roots stretch west to Spain. Singing in a wide range of languages and fusing various genres, Manu Chao began his career in the 1980s and was in Mano Negra (1987 – 1995) before moving onto a solo career. We join him in 2001, three years after the release of his debut album, Clandestino, and from there 1001 Songs have gone with the title track, released as a single at the start of the 21st century.

Clandestino is sung in Spanish and concerns the very serious issue of immigration. Chao was particularly focused on the

metaphorical bridge between Europe and the rest of the world. In the song the perilous lives of refugees are addressed. They do not have the necessary paperwork they need to settle in a new home, they are constantly on the run and all they want is to be able to stop and live their lives. The authorities in various countries are not forthcoming though with many viewing these people simply as “illegals” and determined to deport them.

Clandestino is heavily driven by guitar with Manu Chao providing some excellent vocals to what is a very important but difficult subject to address in music. This idea that people in need of sanctuary are treated as enemies is one of the great tragedies of history and it is clearly an important issue for Chao. He continues to perform to this day and has released four albums and two live records, though the last was back in 2008. 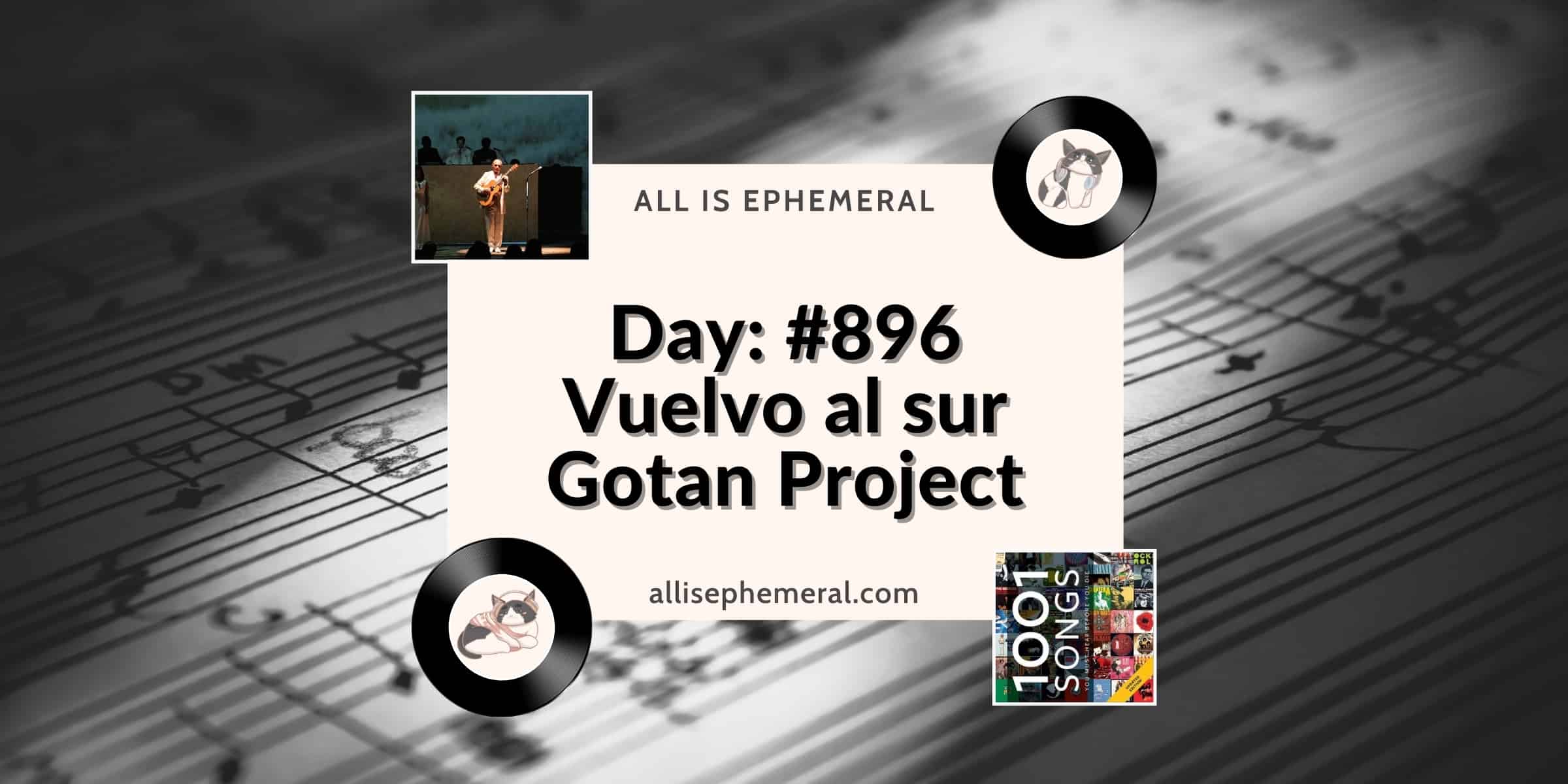 Vuelvo al sur translates as “I go back to the south” and reads as a ...

Fanfare Ciocarlia's Iag bari is a lovely piece from this list of gifted musicians, versed ...