” The Beautiful People” is a song by American rock band Marilyn Manson. It was released as the lead single from the band’s second studio album, Antichrist Superstar , in September 1996. Classified as alternative metal, the song was written by frontman Marilyn Manson and Twiggy Ramirez, and was produced by Trent Reznor, Dave Ogilvie and Manson.

We’re leaving New York behind, dear reader, and heading down to Florida, the only state in the US where yours truly has ever been. Only 49 more states to go to complete the collection. Anyway, formed in 1989 as Marilyn Manson & The Spooky Kids, the band later condensed its name down to Marilyn Manson who is the frontman for the group, his name a combination of Marilyn Monroe and Charles Manson, ever a juxtaposition if ever there was one. We join the group in 1996 with the release of their second album – Antichrist Superstar – and from there 1001 Songs have gone with the track – The Beautiful People.

The Beautiful People is taken from a concept album, a rock opera by Marilyn Manson that would extend into a trilogy of albums. The song is rather intricate in its influences, drawing on the work of Nietzsche and also tapping into the theory of Social Darwinism. The song reflects the unpleasant face of society, the gulf in classes, wealth, privilege and even beauty. The beautiful people of the title appear to embody good fortune, looking down upon the common people in the gutter while they thrive at the heights of their deluxe towers. In the context of the album, the song is an observation made by the protagonist, Antichrist Superstar, perhaps a lament or even condemnation of social injustice that is allowed to happen in the class system and that we ourselves bear witness to every day.

I have heard this track before, though I can’t say I know a lot of music by Marilyn Manson. He has been around for many years now and in his early career was noteworthy for eye-catching and often shocking antics on stage, not to mention his rather intimidating appearance. Antichrist Superstar sold well upon release and The Beautiful People also proved a big success for Marilyn Manson. Though not as popular as they once were, Marilyn Manson continue to perform but the lead singer has sadly been in the headlines a lot in recent months with accusations of sexual abuse against various women.

I’ll Be There For You is a collaboration between Method Man and Mary J. Blige, ... 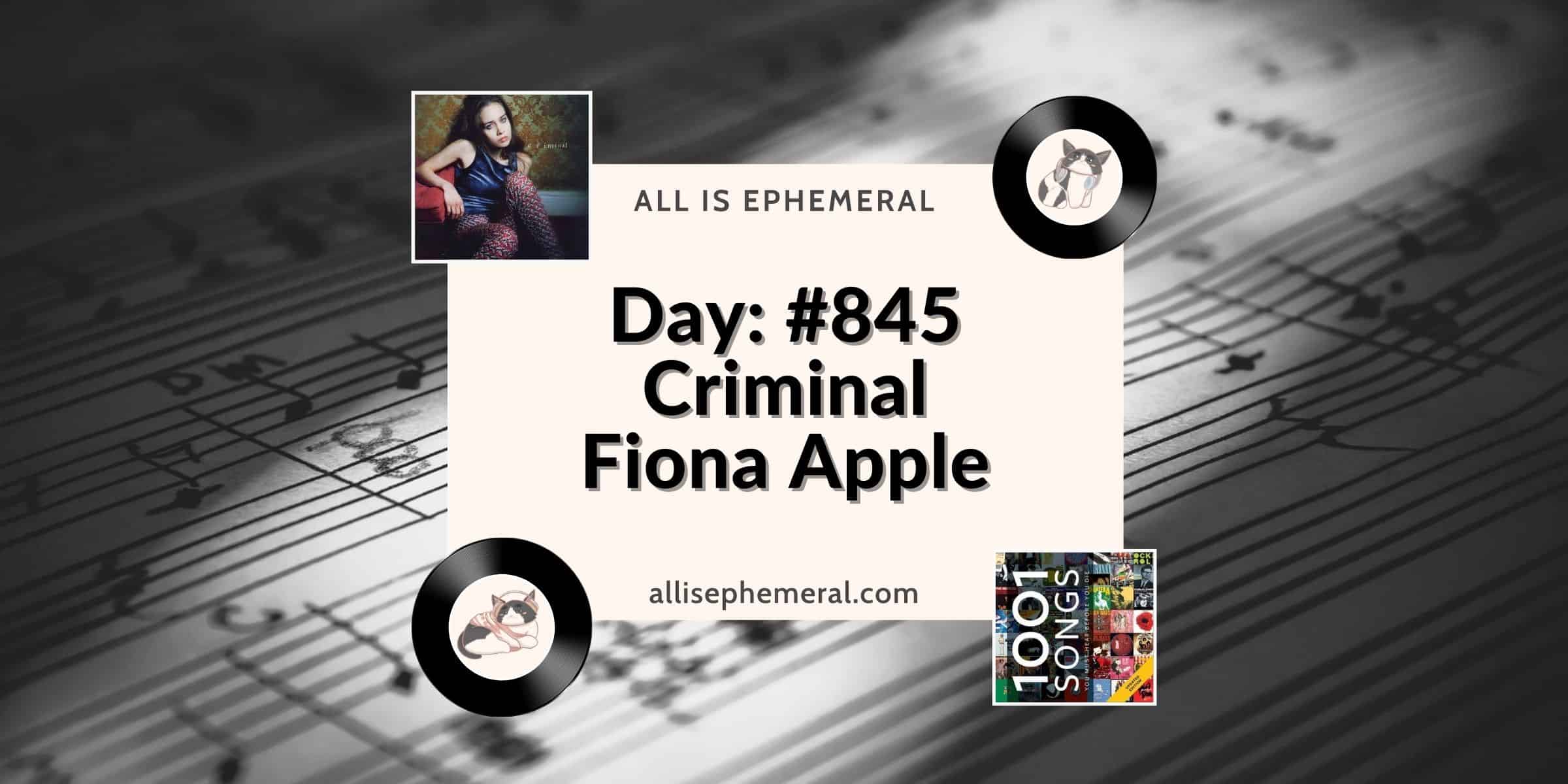 Fiona Apple has described Criminal as a woman’s lament, and even a regret, at the ...