” Criminal” is a song by American recording artist Fiona Apple, released in September 1997 as the third single from her debut studio album, . Apple has stated that the song is about “feeling bad for getting something so easily by using your sexuality”.

We’re leaving Florida today, dear reader, and making our way north back to New York. Fiona Apple began her career in 1994, and specialised in both rock and pop. She began writing songs that would end up on her debut album, Tidal, when she was just 17. From that record, 1001 Songs have lifted the track, Criminal.

Apple has described Criminal as a woman’s lament, and even a regret, at the way she has treated a man. In the song, the narrator speaks of herself as a “bad girl” and that she has taken advantage of a “delicate man” and treated him poorly. Apple would reflect that the narrator has used their sexuality to essentially get what they want from this man and in doing so they are now wracked with guilt. The chorus to the song is the woman’s search for forgiveness, her inner torment showing no indication of abating in light of what she has done.

I don’t recall hearing Criminal before nor have I heard of Fiona Apple but I did like this one. Heavily driven by piano, it sounds like a sombre melody and boasts an excellent vocal from Apple. The song would be her biggest hit and the only single to hit the Billboard 100 in the US. A Grammy Award would follow for her vocal work. Apple continues to perform but has yet to replicate her earliest success. 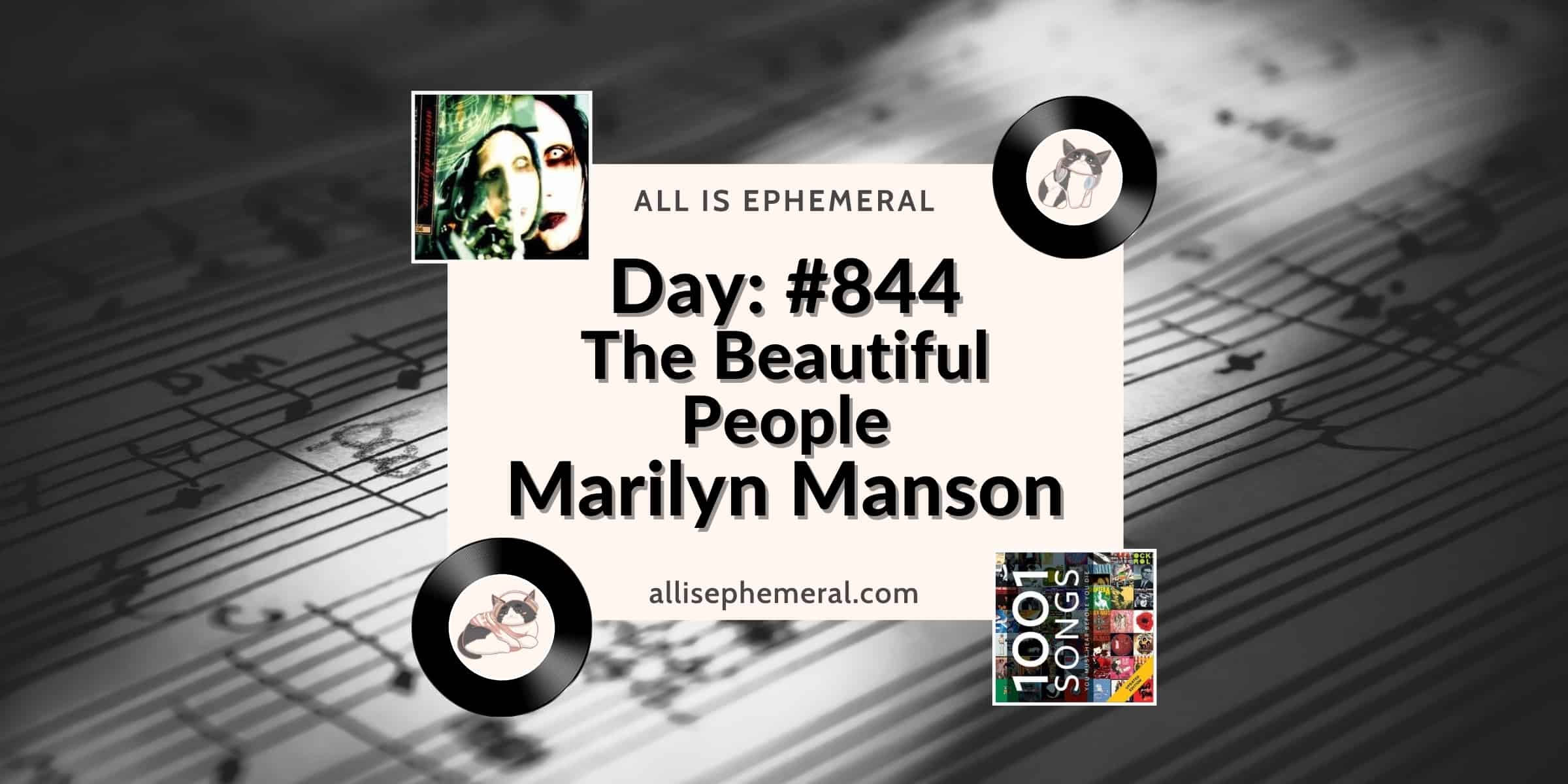 The Beautiful People is taken from a concept album, a rock opera by Marilyn Manson ...

Crash into Me from Dave Matthews Band is guitar driven and both fascinating and creepy ...