” Birthday” is a song written and recorded by Icelandic band the Sugarcubes. It was released as a single in 1987, and included in their 1988 debut album Life’s Too Good . It was their first international single and the first single released from the album.

We’re leaving the UK and making our way north towards Iceland. I don’t recall coming here before on this musical journey but we are approaching 700 songs now and my memory is getting hazy. I hope you can forgive me, dear reader. Anyway, formed in 1986 The Sugarcubes were an alternative rock band led by their singer Björk who would become even better known in the future as a solo artist. When we join the band in 1987 it is with their first international single – Birthday.

Björk has confirmed that Birthday is about a relationship between a five year old girl and her middle aged next door neighbour.

This isn’t a sexual or abusive relationship, more a child’s fascination with the man next door, the one who is described as her only friend. We learn that the girl’s world outside her house is her own and she lives dreams and fantasies on a daily basis. Although this relationship between the girl and the middle aged man comes across as generally innocent, there are still some strange images in here like the two of them smoking cigars and sharing a bathtub. I put this more down to childhood make believe though rather than authentic. The girl is exploring her world and learning about the land of the adults at the same time. It’s curiosity and engagement with surroundings, I think, rather than something sinister.

I have heard of The Sugarcubes and was aware Björk was in the band but I had never heard one of their songs. Birthday reminded me of Björk’s later work as a solo artist, especially Hyperballad, with a sumptuous melody but peculiar lyrics bridging the divide between beauty and destruction. The music here is sensational and Björk’s vocals sometimes seem unorthodox but they suit the piece perfectly. Birthday was well received by critics upon release with DJ John Peel being a notable name to champion the band. They would split up in 1992 but Björk had not even got started yet and a successful solo career awaited.

Pump Up the Volume from M|A|R|R|S was a milestone of sorts in music history. It ... 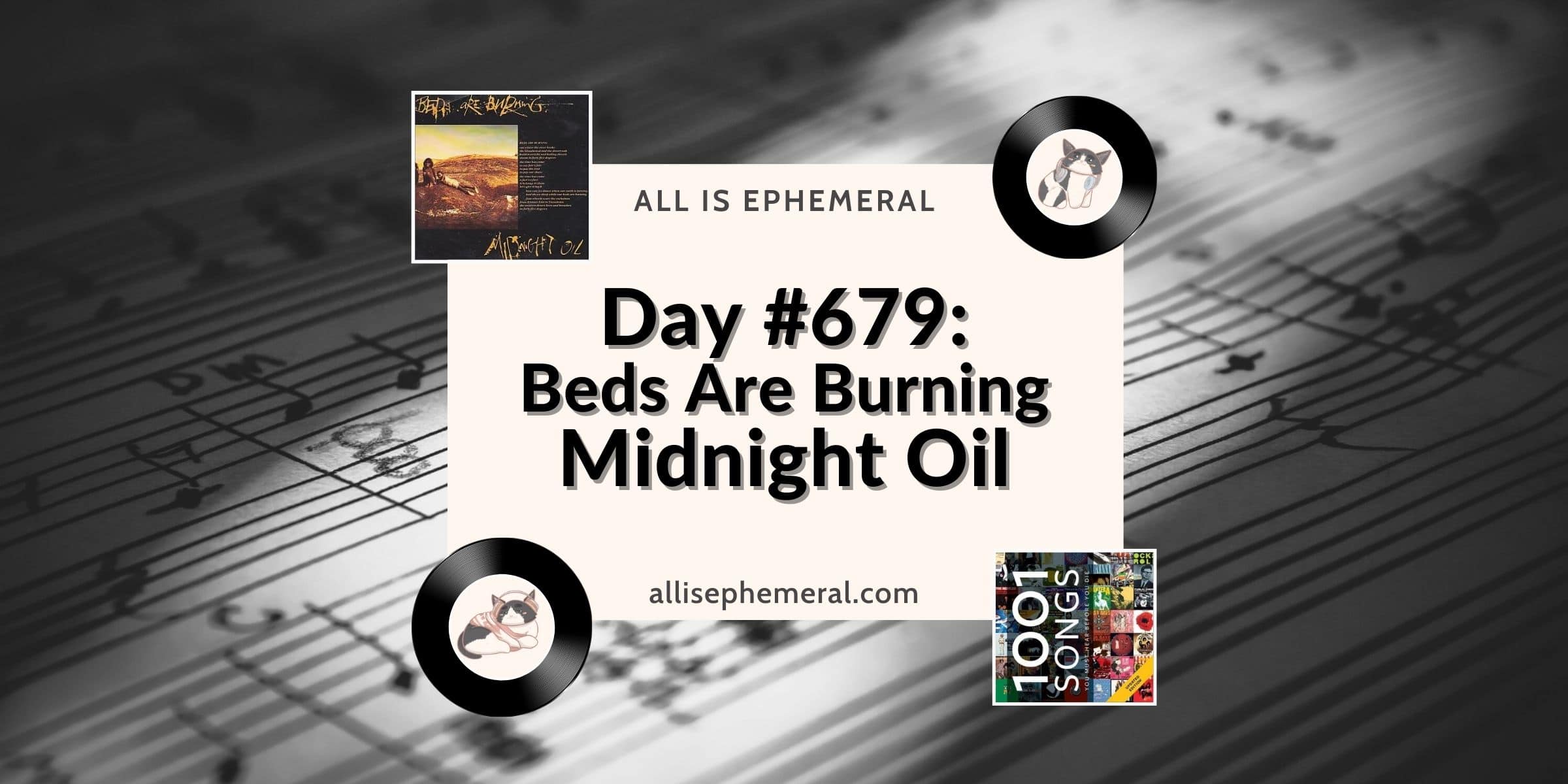 Beds Are Burning addresses the injustice that has plagued the land since European settlers first ...