” Drone Bomb Me” is a song by Anohni, the lead singer of Antony and the Johnsons. It is the first track and second single from her debut solo studio album, Hopelessness , and was released digitally on 9 March 2016 on Rough Trade Records.

Lyrics (via Genius)
Read “Drone Bomb Me” by ANOHNI on Genius

Welcome to 2016, dear reader. After just one song in 2015 we have a selection for you in 2016. We’re remaining in the US today and find ourselves in New York. Anohni, formerly Antony Hegarty, began her career in 1995 with the group, Antony and the Johnsons, with the band going on hiatus in 2015 after 20 years together. When we join Anohni in 2016 it is with the release of her debut solo album, Hopelessness, and from there 1001 Songs have gone with the track, Drone Bomb Me.

The premise to Drone Bomb Me is painfully poignant. It was written in response to the modern world of drone warfare and the

devastation it inflicts on people. For this song, Anohni imagined a young girl in Afghanistan who has seen her entire family killed by drone bombs. Now alone the girl looks to the heavens and longs for the drones to come back and to end her life also. The lyrics are beautiful and poetic, making the coming of the drone an almost celestial event to this girl, not an enemy but a liberator from the pain she carries in her heart. On and on she begs to be released but the drone does not respond.

I was not familiar with Anohni prior to this challenge but Drone Bomb Me is a truly moving piece with vocals that are pained and tortured, juxtaposed with some wonderful music from the piano. The subject matter here may be controversial to some but I was swept away by the imagery and this unifying of an innocent girl with a deadly means of waging warfare. A former winner of the Mercury Music Prize and nominated for an Academy Award in 2016, Anohni’s star continues to shine brightly. 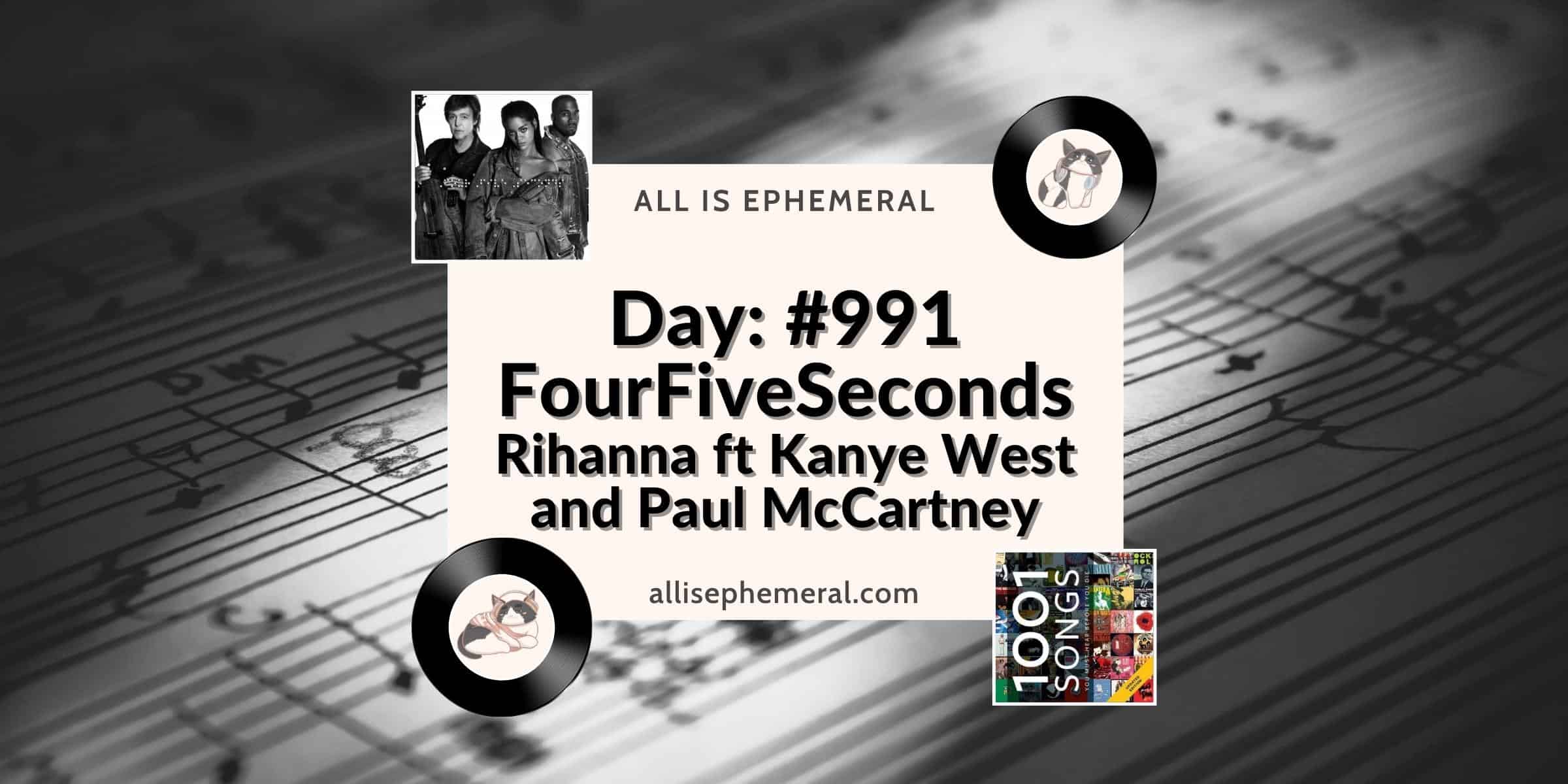 FourFiveSeconds has vocals primarily by Rihanna with Kanye West responding to her verses, while McCartney ... 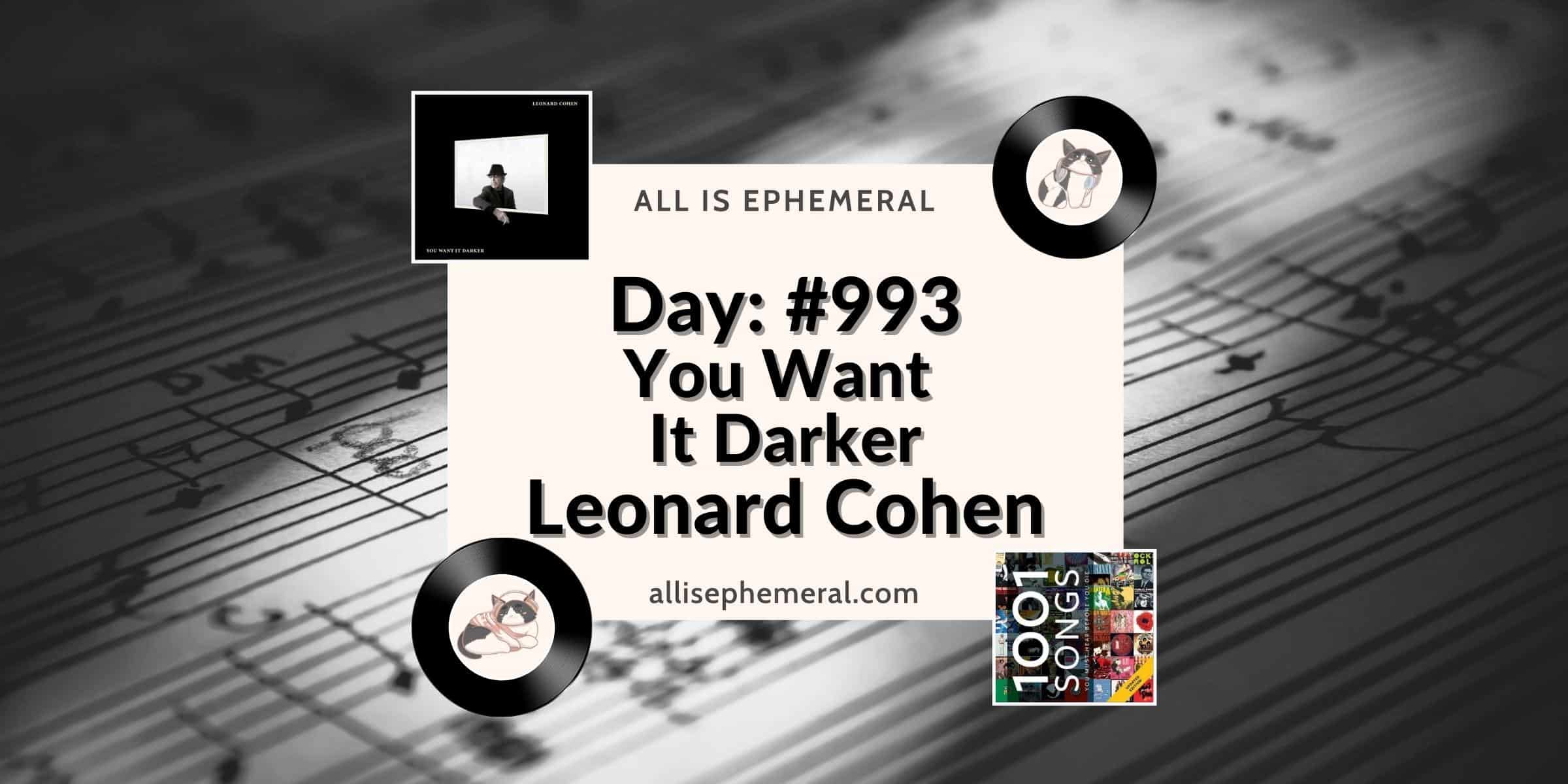 Leonard Cohen's You Want It Darker appears to be a reverential reflection of life and ...