We’re leaving the UK behind, dear reader, and heading deeper into Europe and on to Sweden. ABBA previously appeared on our list in 1976 with the wonderful Dancing Queen, one of their biggest and best hits. When we join the quartet in 1979 they are at work on a new album but all is not going well. Heavy touring commitments have meant little time for songwriting. A break in the Bahamas was just the tonic the group needed and, inspired by the blooming disco scene, a new track was emerging which became Voulez-Vous.

A Swedish band singing in English with a song that has a French title. That’s ABBA for you. The title translates as “Do you

want?” and the content of the track is in a similar vein to Dancing Queen. The setting is a night out of sorts, most likely in a dance club, and one young man is on the lookout for an attractive person to meet, talk and dance with, the dancing king if you prefer. They are described as “master of the scene” so a veteran when it comes to the complexities of forging relationships with new people. Asking someone “do you want?” and “take it now or leave it” is open to debate but certainly alludes to sexual connotations. Whether our protagonist is successful or not in their endeavours we are not told but things do sound promising for them.

I will be honest, when I saw ABBA were appearing on our list once again, I was not expecting it to be with Voulez-Vous. This isn’t a bad song from the ABBA canon, you understand, but compared to many of their other hits it’s not one of my favourites and although it charted relatively well in Europe it wasn’t as successful as previous songs. It’s considered one of the group’s overlooked gems so therefore warrants a place among our 1001 songs. As I say, not a bad track, but not one of their best in my opinion, which you are welcome to ignore or trample into oblivion, whatever your preference. 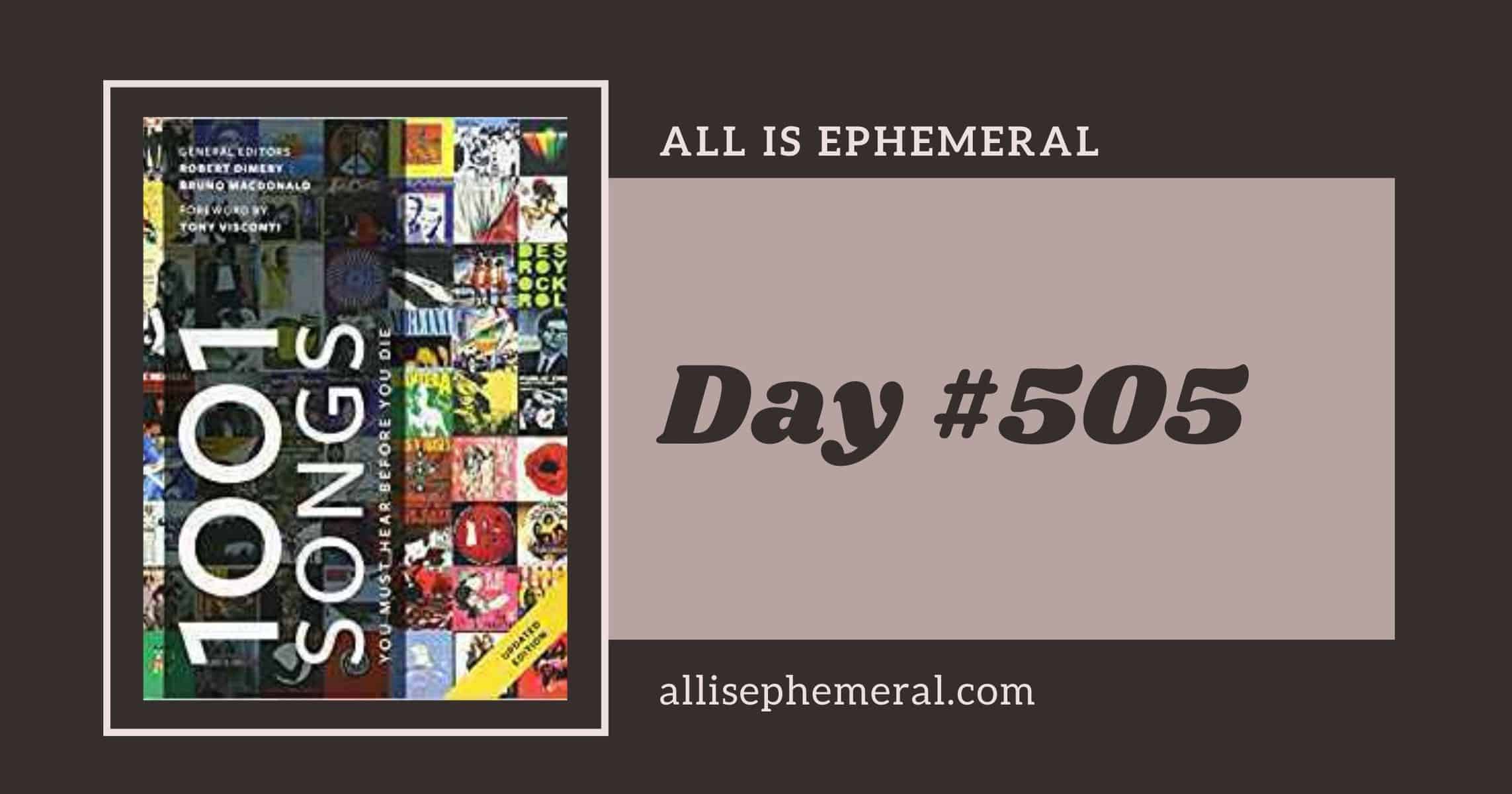