We’re staying in the UK today, dear reader, but leaving London to make our way north to Scotland and to Glasgow. Formed in 1996, Belle & Sebastian specialised in both indie rock and folk. We join the group in 2003 with the release of their sixth album, Dear Catastrophe Waitress, and from there 1001 Songs have gone with the opening track on the record, Step into My Office, Baby.

Step into My Office, Baby seems to use an extended metaphor of administrative work to describe a sexual relationship where

the narrator is very much at the mercy of his lover. He is summoned to be in the office at a certain time, she wishes to give him a job (oh behave!), he has to be at her place in good time, and we even hear mention of other office workers at the mercy of their “manager”. This sounds very much like a strong and independent woman who takes lovers and controls their behaviour, they are at her mercy and seemingly powerless to do anything about it.

Belle & Sebastian are another group I have heard of but never really delved into their music. In fact, the mere mention of their name always makes me think of a Japanese anime series of the same name which first appeared there in the early 1980s but not in the UK until the late 1980s. Anyway, I digress. Step into My Office, Baby is notable as the group’s first single from an album, whereas previous ones had been standalone efforts. I did like the use of metaphor here to describe a seemingly dysfunctional relationship as akin to labouring away in an office environment. The group are still together and now have ten albums to their name.

Goldfrapp's Strict Machine was inspired by a newspaper article that chronicled scientific experiments on rats. ... 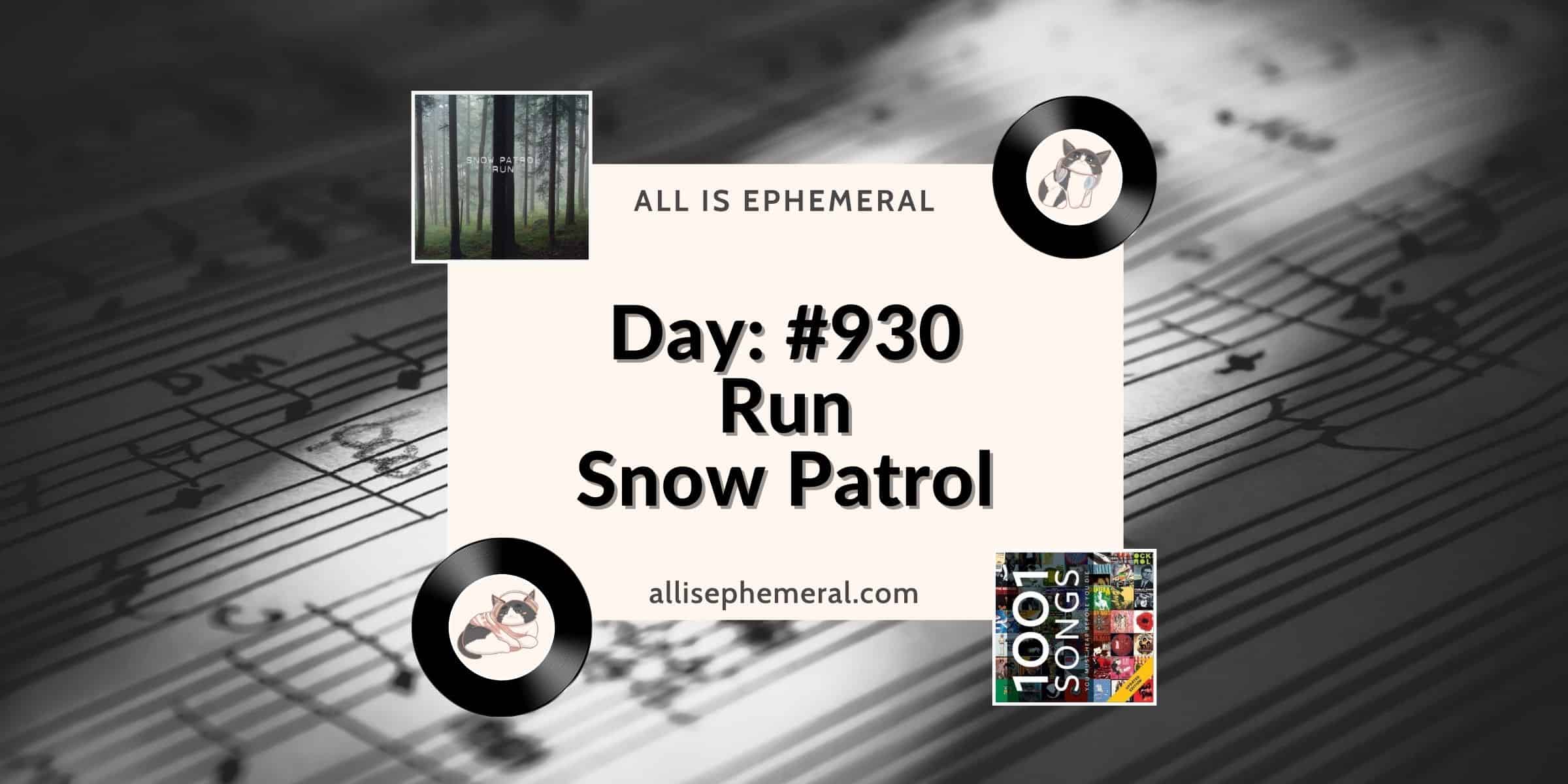 Run was primarily written by Snow Patrol's lead singer and came to him after a ...