As we bring an to 1977 we say farewell to Texas and hello once more to Michigan or maybe that should be Berlin. We’re revisiting with Iggy Pop once again, dear reader, after appearances with The Stooges and as a solo artist. When we rejoin Pop he’s still in Berlin with David Bowie, trying to get clean from drugs and producing a lot of music. Alongside Pop’s album, The Idiot, he worked on a second record with Bowie entitled Lust for Life. 1001 Songs have gone with the title track for today’s Pop Appreciation Society.

Written by Pop and Bowie, Lust for Life chronicles Iggy’s difficult days as a drug addict and how unpleasant an experience this

ultimately was. The opening verse makes reference to the novel, The Ticket That Exploded by William S. Burroughs, with “Johnny Yen” being a character in the book, but here he is a drug dealer giving Iggy Pop his latest fix of alcohol and drugs. In the second verse, Pop comments on the extent of his fame and wealth but juxtaposes this with the sorry state he finds himself in as an addict. He is weary of waking up on the streets after a night getting high and sounds determined to kick his drug habit once and for all.

Lust for Life opens with a catchy drumbeat which piques our interest and holds it for more than a minute before Iggy Pop sings a single word. For a track about drug addiction, this one sounds very upbeat but beneath that cheerful facade is a man who has found himself in a desperate predicament, at the mercy of the lure of drugs and determined to battle through his desire for one more hit. Nearly 20 years later Lust for Life would memorably appear on the soundtrack to Danny Boyle’s gritty 1996 drama, Trainspotting, dealing with drug addiction in Scotland. It introduced Pop to a whole new generation. 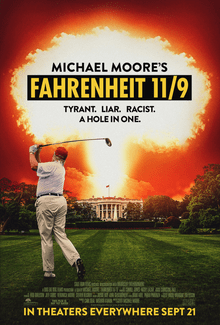