Continuing in the US today, dear reader, but we’re swinging our way across state heading eastwards and all the way to New York. We’ve been here a few times and we’re immersing ourselves in the new wave and punk rock scenes of the late 1970s. Formed in 1974 by bandmates and lovers, Chris Stein and Debbie Harry, Blondie would work their way from nothing to be global superstars around the late 1970s and early 1980s. We join them in 1978 with an old track unearthed in the studio and given a risky makeover – Heart of Glass.

Written by Stein and Harry, Heart of Glass is a song of heartbreak, not a nod to a failed relationship that either songwriter had

been through, just a generalisation about the pain and sadness one experiences when love turns cold. The narrator tells us of the good feelings they had in this relationship but now things have turned sour they are deeply hurt and angry about the whole affair. At times though they have moments where they feel okay and just want to get on with life but love is confusing and not always easy to shake the memory of someone who devoted so much of your time and self to.

Heart of Glass was something of a gamble for Blondie. The group had tried various approaches with it but could not find the right fit until someone – who depends on which story you go with – suggested a disco flavouring. It worked a treat, though many of Blondie’s peers were not enamoured with them using disco in their music. Blondie had the last laugh with the track topping the charts in the UK and the US and propelling them to stardom. The only way was up from here. 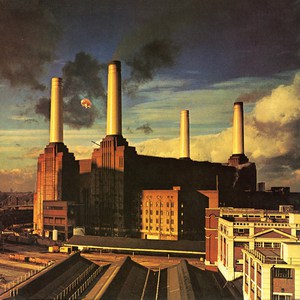