From Detroit, Michigan yesterday to California today. We are in the company of The Beach Boys, making their second appearance on this list after God Only Knows. God Only Knows had appeared on the Pet Sounds album but today’s song was still being worked on by the time that album was released. It took many months, a lot of hours and a great deal of money before composer, Brian Wilson, was happy with it. Arguably The Beach Boys’ masterpiece, we welcome Good Vibrations.

Good Vibrations has Carl Wilson taking the lead vocal with the rest of the group providing backing and harmonies.

The song’s narrator is singing about a girl he is not only in love with but being with her makes him feel pretty good. We get some truly stunning detail in here from Mike Love’s lyrics, the little things like sunlight on hair and the soft smile that this girl has. All of these things, some seemingly trivial, come together to encompass the narrator feeling the “good vibrations” of the title. In the second half of the song the narrator insists he has to keep these feelings alive, this elation is something he wants to continue. I get the feeling he is very into this girl.

Good Vibrations remains a landmark moment in music history. It was a powerful blow Brian Wilson struck in his ongoing, but friendly, rivalry with The Beatles. In every second you can hear the sheer scale of production that went into this. The music, the vocals, the timing, all of it is perfectly executed. All of that said, I do prefer God Only Knows to this one – controversial as that may be. Good Vibrations is worth all the plaudits it has enjoyed in the last 50 years. Brian Wilson would, sadly, struggle to come close to this again as drugs and mental illness started to take their toll. 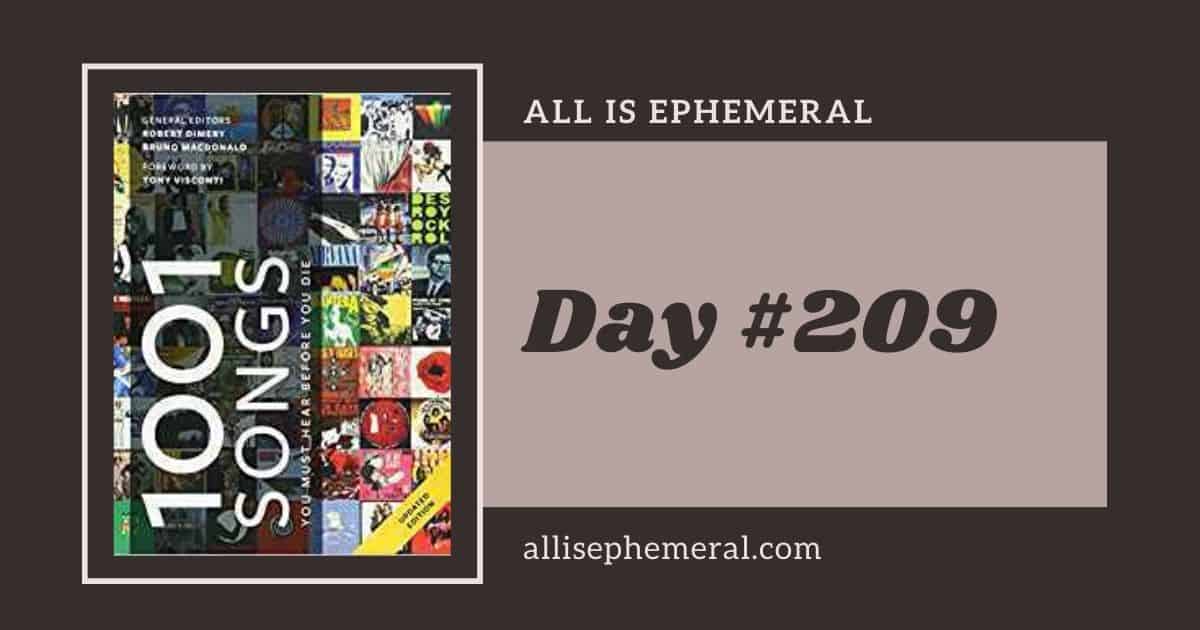