” Stylo” is the first single from British virtual band Gorillaz’s third studio album Plastic Beach . The song features guest vocals from Bobby Womack and Mos Def. The single was released on 26 January 2010. Bobby Womack knew nothing about Gorillaz and was initially unsure about the collaboration; however, his granddaughter liked Gorillaz and convinced him to do it.

Lyrics (via Genius)
Read “Stylo” by Gorillaz on Genius

Welcome to 2010, dear reader, our journey draws ever closer to the end now. Into a new year we remain in the UK and are in London today for a second appearance from Gorillaz, a virtual band created by Blur frontman, Damon Albarn. Ten years after their last appearance, Gorillaz have released their third album – Plastic Beach – and from there 1001 Songs have gone with the track – Stylo.

and Bobby Womack contribute vocals to the piece as well. Lyrically, the song seems to be a conversation between different characters including 2-D and Stylo. They appear to be talking about the importance of electricity and technological advancements that have become the mainstay of our lives in this progressively innovative world that we now live in. The song seems to be a lament, rather than a celebration, of the path that humans have taken and how our pursuit of advancements always seems to come at great cost, especially to the planet and to the animal kingdom.

I need to sample more of Gorillaz to be honest with you, dear reader, as my knowledge of the band is still very minimal. Stylo is another example of how matured and advanced Damon Albarn has become as a musician. In my school days he was singing about “Girls and Boys” and a “Country House” but with both Blur and Gorillaz he has continued to transition in his craft, taking risks and experimenting with new ideas and approaches. Both Stylo and Plastic Beach were well received by critics upon release. Gorillaz continue to this day and one can only speculate where Albarn will take them next.

Harry Patch (In Memory Of) is dedicated to the memory of Patch and is far ... 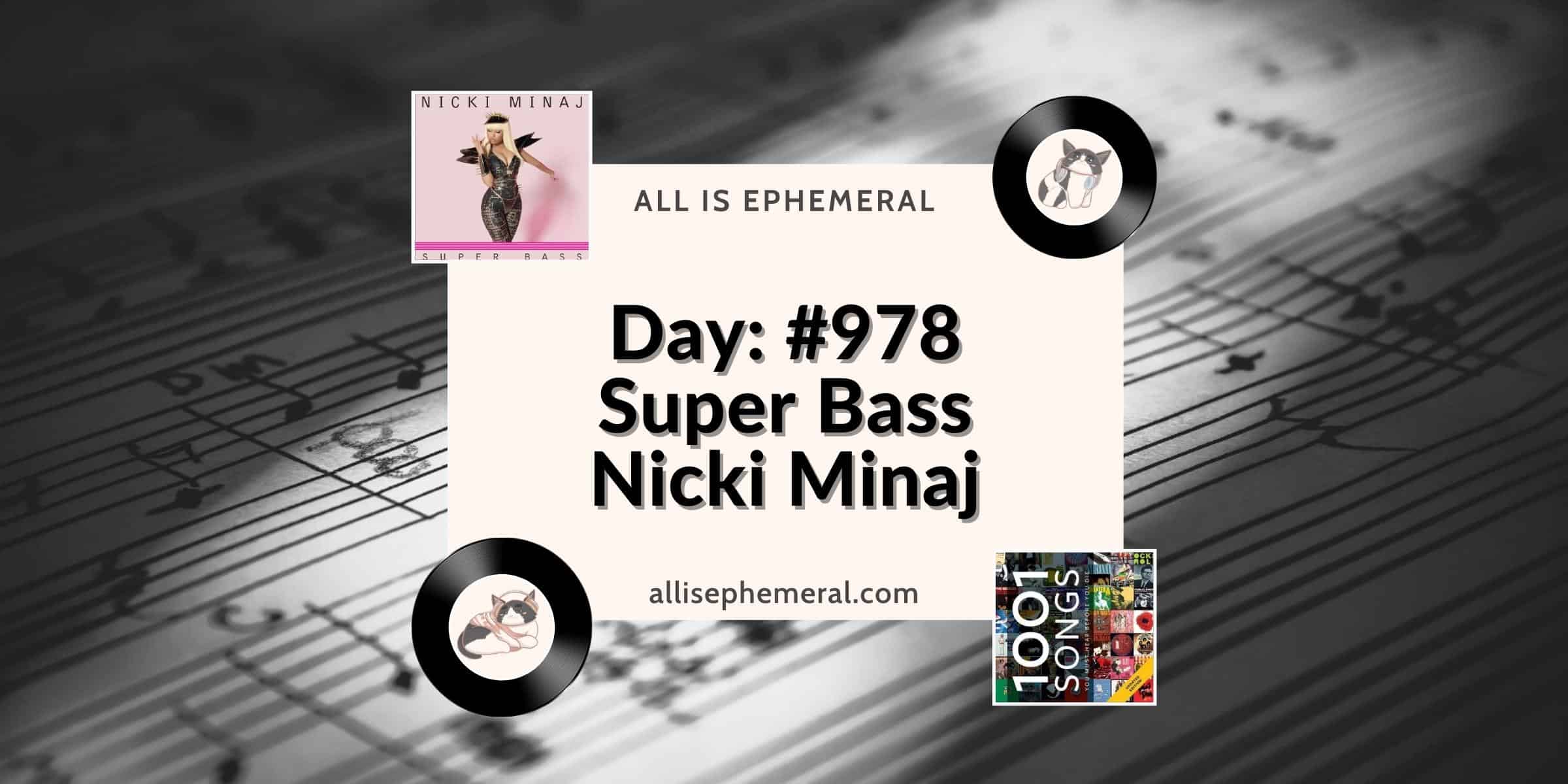 Super Bass is Nicki Minaj’s rapped homage to guys who are, in her eyes, the ...