Shake It Off – Wikipedia

” Shake It Off” is a song by American singer-songwriter Taylor Swift. It was written by Swift and its producers, Max Martin and Shellback. “Shake It Off” is an uptempo dance-pop song featuring a saxophone line in its production. The lyrics are about Swift’s indifference to her detractors and their negative view of her image.

We’re leaving the UK behind, dear reader, and returning to the US to hang out with a solo artist none of us have heard of. Please note the hint of irony in that last sentence. Born in Pennsylvania, Taylor Swift began her career in country music circles before transitioning to the world of pop in 2012 with her fourth album, Red. When we join Swift in 2014 she has released her fifth album, 1989, and from there 1001 Songs have gone with the track – Shake It Off.

the music industry. Swift observes how aspects of her life lead to criticism such as seemingly having many partners and that the media decides who and what she is rather than her having a say in the matter. Swift hits back by arguing there is a lot more to her than what the media says and that as far as their criticism is concerned, she just shakes it off and forgets about it, for they are not worth her time and consideration. It’s a song about letting go of the negativity others create around you and being yourself.

Many people have heard of Taylor Swift, including me, which indicates how far her global reach is. I am not well versed in Swift’s music though but have come across Shake it Off before. The song has a good message at its core but is quite repetitive at times and did divide the critics upon release with some lamenting the lyrics as weak by Swift’s high standards. As the song advises, Swift shrugged off any complaints and today stands as one of the biggest stars in the world.

In Two Weeks, FKA Twigs is a narrator who seems to be addressing someone whose ... 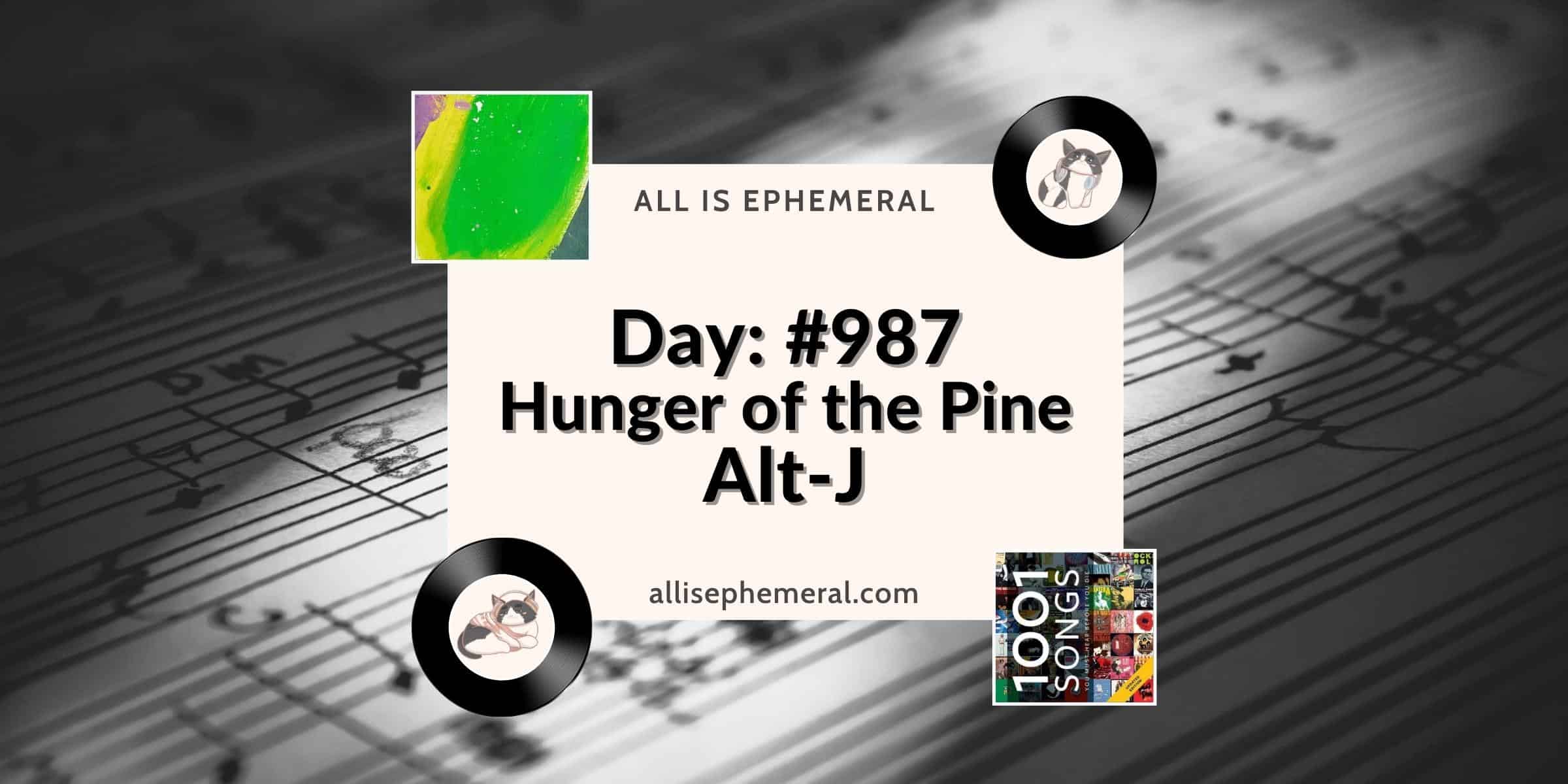 The track Hunger of the Pine addresses some of the anxiety Alt-J faced when Sainsbury ...