” The Art Teacher” is a song written and performed by American-Canadian singer-songwriter Rufus Wainwright. It originally appeared on his extended play (EP), Waiting for a Want , released by DreamWorks Records in June 2004 as a preview of his fourth studio album, , which was released by Geffen Records in November 2004.

We’re leaving Germany and Europe today, dear reader, and taking a long flight to the US and to New York. Rufus Wainwright began his career in the late 1980s and focused on a multitude of genres with the likes of pop, classical and opera all thrown into the mix. When we join him in 2004 it is with the release of his fourth album, Want Two, and from there 1001 Songs have gone with the track, The Art Teacher.

The Art Teacher was inspired by a conversation Wainwright had with a teacher at a gym. The teacher spoke of his female

students and how many fancied him. Wainwright took this premise and explored it from the perspective of one of the students. In the song, an unnamed woman looks back to her school days and remembers the art teacher that she fell in love with. This is not the teenage crush or lust of sexual awakening in The Police’s Don’t Stand So Close To Me. Instead, this woman is haunted by this teacher for he remains the only man she has ever loved, even though she has since married and tried to move on. The reality is that a man she watched from afar remains the love of her life. No one else has come close.

The Art Teacher is heavily driven by the piano and coupled with Wainwright’s well-judged vocals, it is a beautiful song. The background to its composition was certainly interesting and I understand from my research that the teacher that inspired the track was left befuddled by the finished product and did not really get it. Wainwright continues to perform and has now amassed ten albums to his name. Impressive indeed. 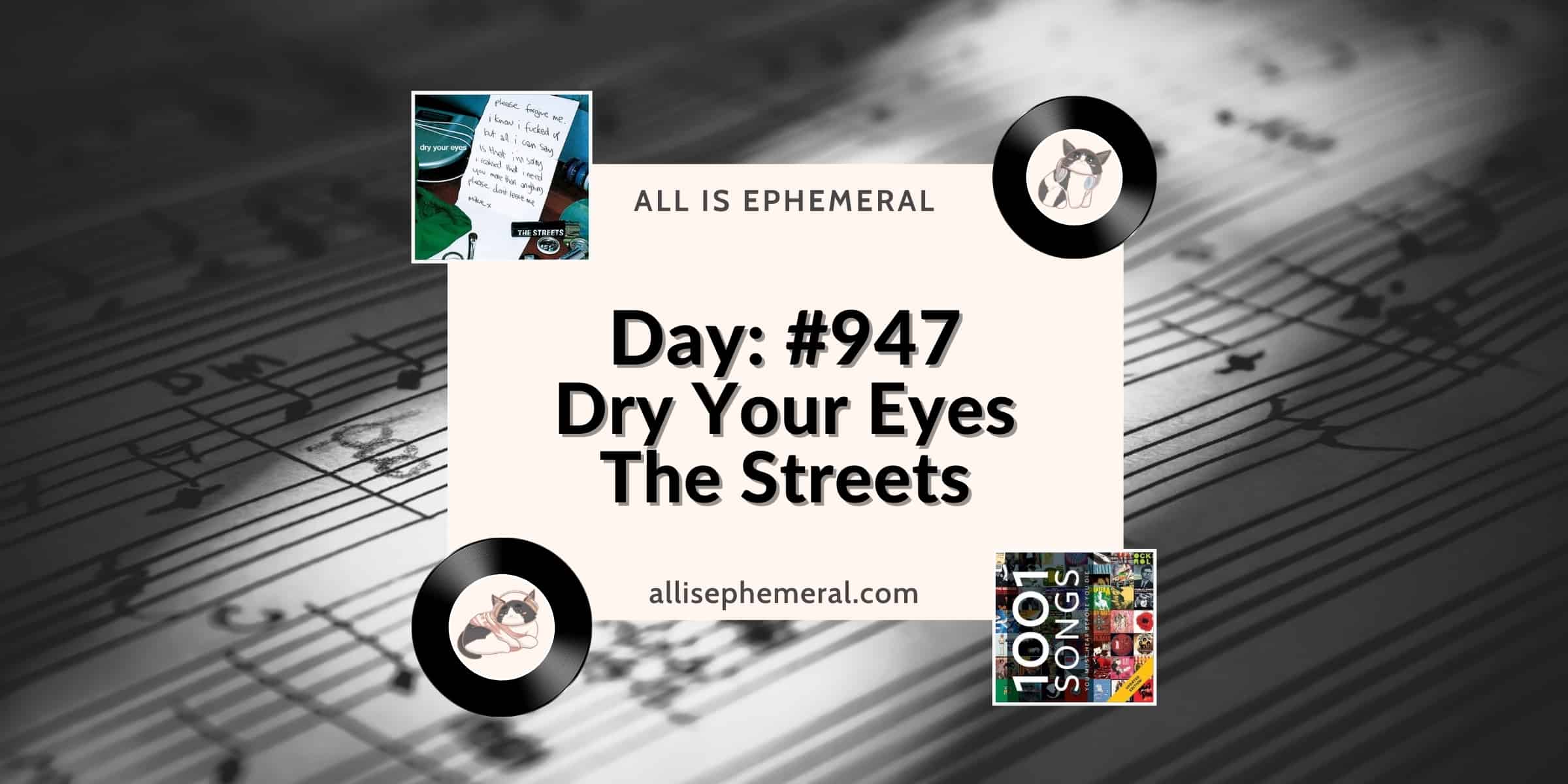 Dry Your Eyes focuses on a painful breakup, each verse offering a heart-rending testament to ...