Quelqu’un m’a dit ( French pronunciation: ​ [kɛlkœ̃ madi]; Someone told me) is the debut studio album of Italian-French singer-songwriter, model, and former First Lady of France Carla Bruni. It was produced, recorded and mixed by Louis Bertignac and released in 2003.

We’re leaving the US behind today, dear reader, and making our way back to Europe and to Italy and France. Carla Bruni was born in Italy but moved to France at the age of seven. She began her music career in 1997, having previously spent many years as a model. When we join Bruni in 2002 it is with the release of her debut album, Quelqu’un m’a dit, and from there 1001 Songs have gone with the title track.

Quelqu’un m’a dit translates as “someone told me” and in the song Bruni reflects on the sadness to be found in life. Our

existence is fleeting and we have to enjoy what time we have. Though the narrator is forlorn in considering life, they take comfort in the chorus by referring to the someone of the title and how they told our narrator of an individual that loves them. For each verse offering despair, the chorus brings with it hope, hope for a future with this individual but the song still concludes on a sad note. The narrator can no longer recall the person that told them someone loves them. They still live in hope but only despair lingers at the end.

This guitar driven ballad boasts some beautiful vocals from Carla Bruni. It is both poignant and somehow uplifting in equal measure to hear her narrator’s troubled voice. Bruni’s debut album would be well received and though she continues to record music to this day, she also found herself very busy from 2008 – 2012 when her husband, Nicholas Sarkozy, was elected President of France. Yowza!

In Wilco's Ashes of American Flags, the narrator offers a series of images which come ... 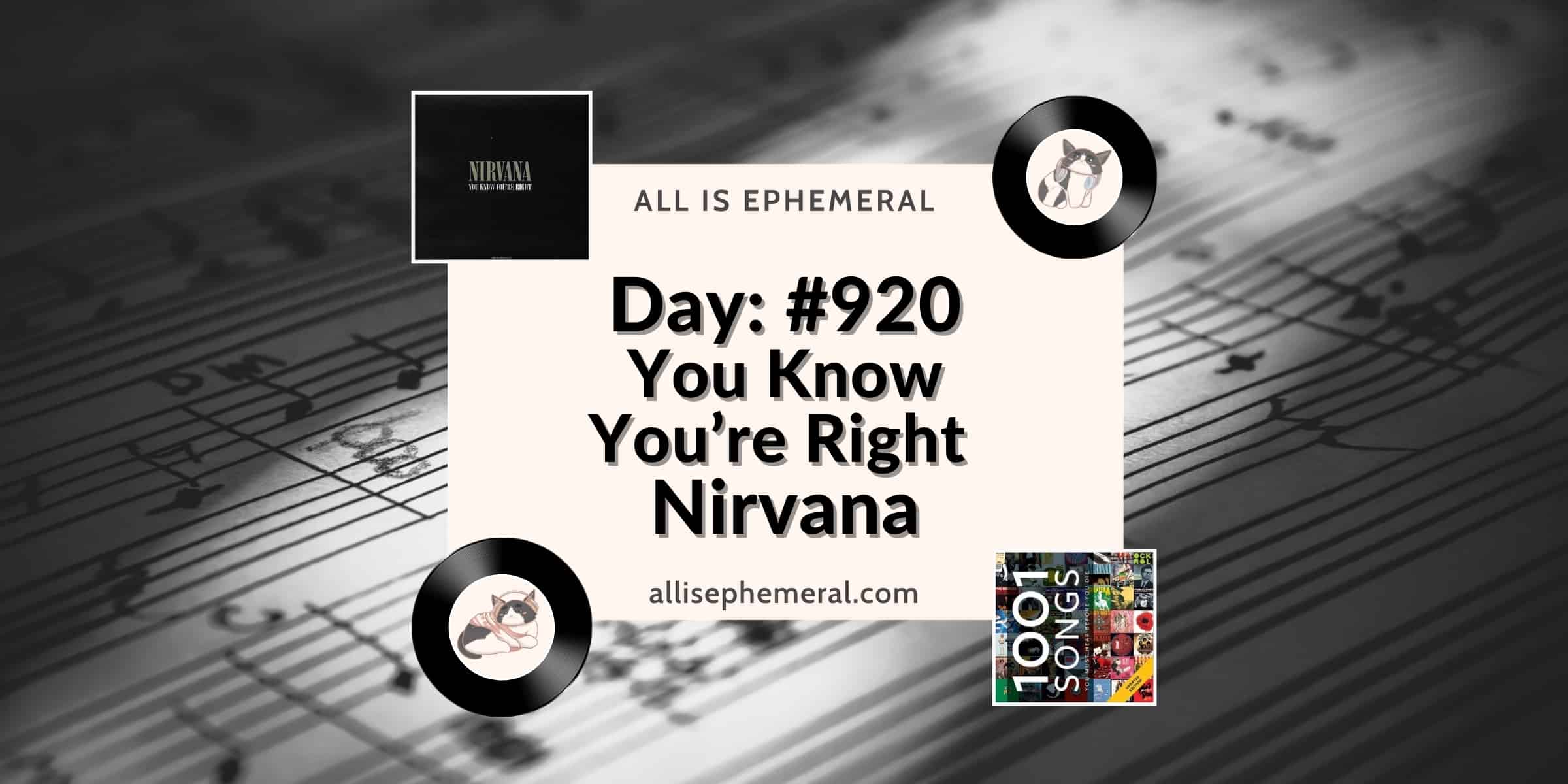 Recorded in January 1994, You Know You’re Right was the last song that Nirvana worked ...