Given to Fly – Wikipedia

” Given to Fly” is a song by the American rock band Pearl Jam. Featuring lyrics written by vocalist Eddie Vedder and music written by guitarist Mike McCready, “Given to Fly” was released to radio on December 22, 1997, as the first single from the band’s fifth studio album, (1998).

We’re leaving the UK, dear reader, and making our way back to the US and to Seattle in the state of Washington. Formed in 1990, Pearl Jam formed a quartet of significant bands that spearheaded the grunge scene, alongside Nirvana, Soundgarden and Alice in Chains. Led by the enigmatic Eddie Vedder you could probably rank them second only to Nirvana when it came to grunge though fans of this music will inevitably argue the case for each of these four and others. Anyway, we join Pearl Jam in 1997 with the release of their fifth album – Yield – and from there 1001 Songs have lifted the track, Given to Fly.

The lyrics to Given to Fly were written by Eddie Vedder and the song seems to be about a transition of sorts. The narrator

sings of being suppressed and constrained in the opening verse, so much that they flee a long distance until they reach the ocean. It seems the road ends here but then the narrator is given a pair of wings and they can elevate themselves to the heavens where they feel liberated at last. In the second verse, the narrator descends back to the ground for they wish to share their freedom and good fortune with others. They are strong now, not so easily beaten back and downtrodden by life’s challenges, a free spirit you might say.

I do like grunge but for some reason I have never delved deep into the work of Pearl Jam or Alice in Chains. Nirvana and Soundgarden I am better versed in. I do want to learn more about Pearl Jam though and based on the handful of songs I have heard and now Given to Fly I may even consider a blog challenge to sample their discography.

Spice Up Your Life received a mixed reception upon release but still topped many charts ... 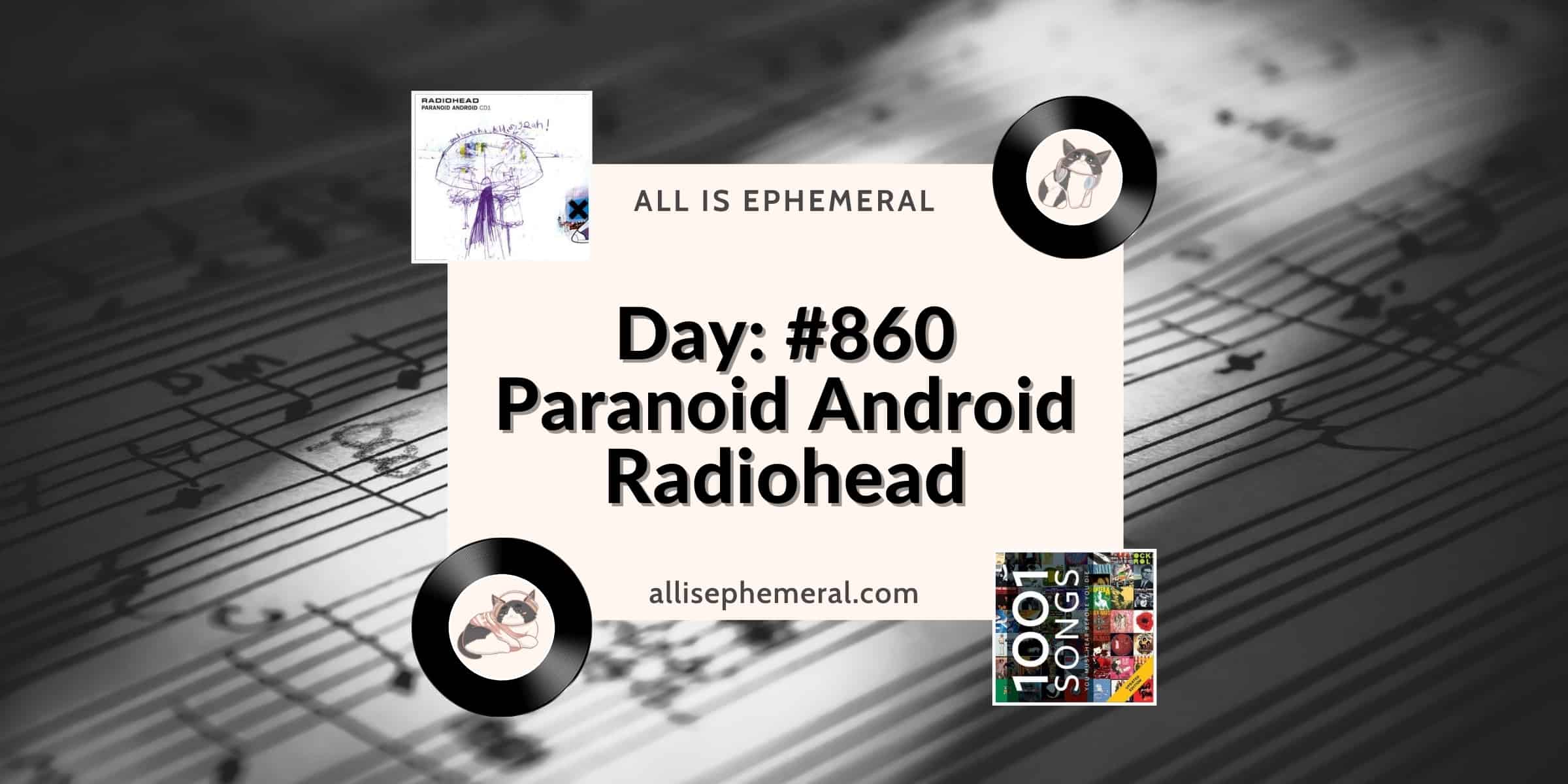 Paranoid Android was the lead single from Ok Computer. Despite not being radio friendly initially ...