“Erase/Rewind” is a song written by Peter Svensson and Nina Persson for the Cardigans’ 1998 album Gran Turismo . The song is the album’s second track and was released as its second single in February 1999, reaching number three in Iceland, number seven in Italy and the United Kingdom and number 12 in Sweden.

We’re saying farewell to France today, dear reader, and making our way to Sweden for our listening pleasure today. Formed in 1992 The Cardigans were a rock band led by vocalist, Nina Persson, who first came to prominence in 1996 with the track, Lovefool, which appeared in Baz Luhrmann’s version of Romeo and Juliet. We join the group in 1998 with their fourth album, Gran Turismo, and from there 1001 Songs have gone with the song – Erase/Rewind.

Erase/Rewind appears to concern a relationship that is breaking down. Persson takes the vocals and seems to be addressing

her lover. She tells them that although they perceive things between them to be a certain way, she no longer feels in sync with them. The title appears in the chorus and is the narrator’s way of saying they not only want things to end but they want to go back in time and delete it. This is akin to Michel Gondry’s 2004 film, Eternal Sunshine of the Spotless Mind.

I remember The Cardigans first appearing with Lovefool in the mid-1990s and it was one of those songs that stuck in your head whether you liked it or not. The very popular, My Favourite Game, followed two years later but 1001 Songs opted for Erase/Rewind. I like the concept of the song, this idea of going back in time and making changes to our lives. It’s a universal theme that I am sure every single one of us has thought about at some point in our lives. 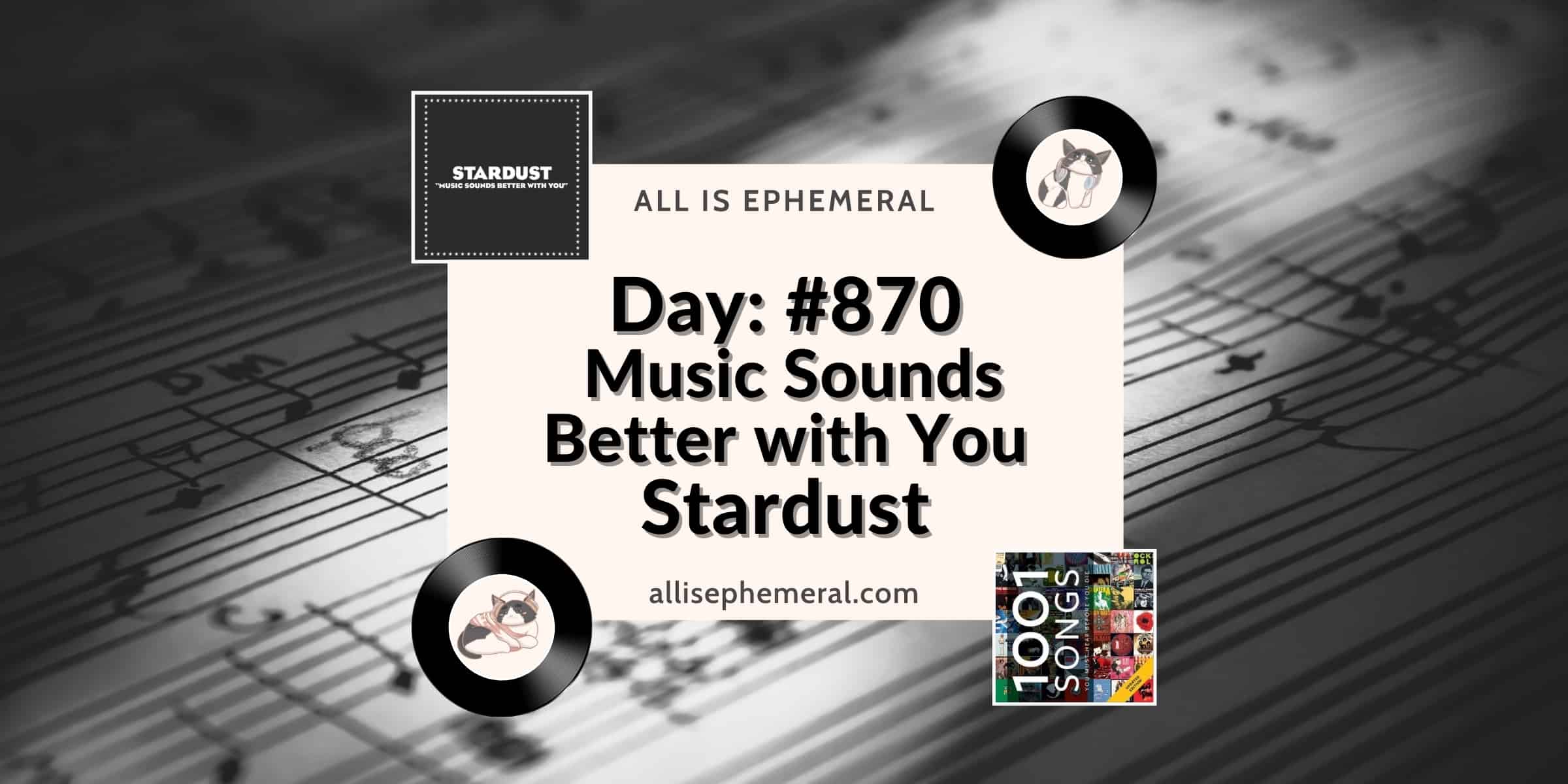 In Music Sounds Better with You, Stardust focus mainly on the music rather than lyrical ...

The music in Massive Attack's Teardrop has a chilling feel to it but it blends ...