Where the Wild Roses Grow – Wikipedia

” Where the Wild Roses Grow” is a murder ballad by Australian rock band Nick Cave and the Bad Seeds and pop singer Kylie Minogue. It is the fifth song and lead single from the band’s ninth studio album, Murder Ballads (1996), released on Mute Records.

We’re leaving the UK today, dear reader, and making our way down to Australia. It is a third appearance on our list by Nick Cave. When we pick up his story in 1995, Cave is working on the ninth album from Nick Cave & The Bad Seeds. For the last few years he has been trying to write a song for Kylie Minogue and finally found the winning combination with Where the Wild Roses Grow.

Where the Wild Roses Grow is a creepy duet with Nick Cave and Kylie Minogue taking on the roles of new lovers. They

exchange verses and share the choruses, regaling us with the tale of a man and a woman who come together and seemingly fall in love. By splitting the verses we hear proceedings from each perspective. What begins as a love song of sorts takes a sinister turn with the man murdering his lover in cold blood. The accompanying music video I recall seeing on MTV was rather unnerving with Minogue lying, seemingly dead, in a body of water. Put me right off my breakfast cereal.

It was interesting to learn about the background to Where the Wild Roses Grow. I was amused that Nick Cave was painstakingly trying to find a song for Kylie Minogue and thought one about murdering her would be ideal. It obviously had the desired effect because Minogue responded just a day after receiving the song. It became Nick Cave & the Bad Seeds’ biggest global hit. While not Minogue’s most successful song, it still demonstrated her versatility. 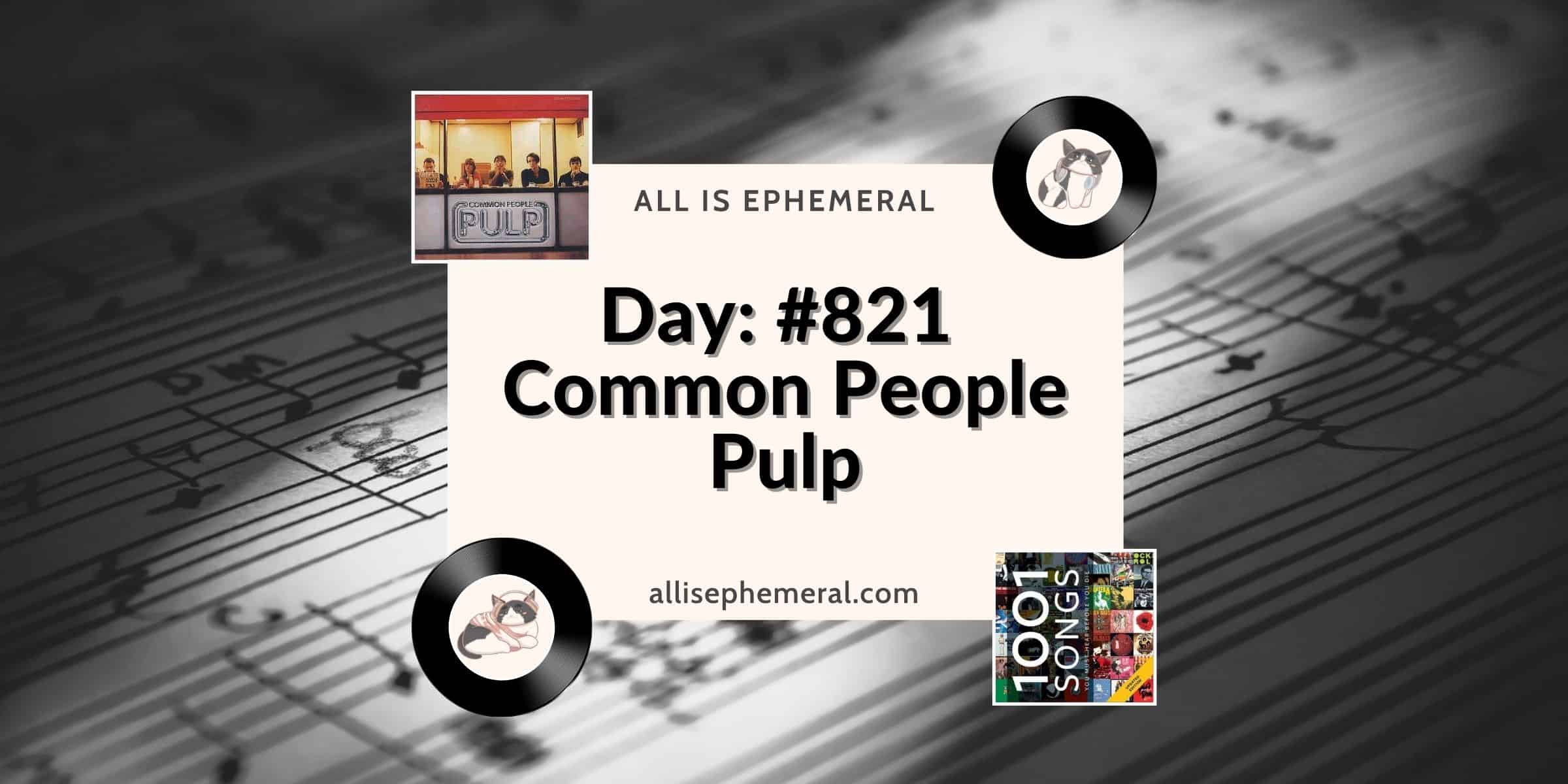 Pulp's Common People was inspired by an encounter Jarvis Cocker had back in the 1980s ...

In Insomnia from Faithless, Maxi Jazz takes the vocals and offers a painful narration of ...