Farewell to the UK today, dear reader, and across the English Channel we go into mainland Europe. We’re heading over to Germany and to Dusseldorf. Formed in 1970, Kraftwerk (i.e. power station) began their career in krautrock circles but as the 1970s progressed they became more immersed in electronic music and ended up as key pioneers in this area. We join Kraftwerk in 1977 with the release of their critically acclaimed album, Trans-Europe Express, and from there 1001 Songs have gone with the title track.

Trans-Europe Express is 6½ minutes of what Kraftwerk are really all about. Heavily driven by synthesisers, the track is lyrically

sparse, describing travel on the Trans-Europe Express which was a rail service that ran from the 1950s to the 1980s, connecting many European countries. In the song, Kraftwerk make reference to being in Champs-Elysees in Paris, before taking in a late night cafe over in Vienna. The best lines are reserved for the final verse where Kraftwerk use the phrase “station to station” after an album by David Bowie. They then tell us of being back in Dusseldorf and meeting with both Bowie and Iggy Pop. The lyrics are based on an actual encounter members of the group had with David Bowie in Germany. Rather than Kraftwerk being starstruck by the former Ziggy Stardust, it was Bowie himself who was in awe and full of praise for the German group and their music.

Though lyrically brief, Trans-Europe Express relies more heavily on its use of music. The synthesisers here are deployed to create a slow, ponderous, often eerie piece. Some of the sounds are akin to being on a train itself, obviously deliberate on the group’s part. It’s cleverly executed. Kraftwerk are just one example of influential bands in electronic music with the 1980s having a particular fondness for synthesiser driven pieces e.g. Depeche Mode. Trans-Europe Express was sampled without permission by Afrika Bambaataa and the Soul Sonic Force with their track Planet Rock which helped to spearhead the electro genre in the 1980s. Kraftwerk successfully sued and an out of court settlement was agreed. 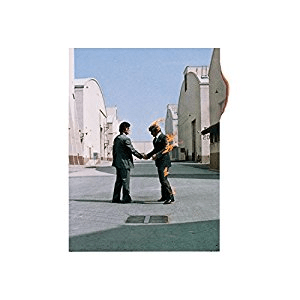