We’re back in the UK today, dear reader, heading on down to London for a second acquaintance with The Who. Last time out they were telling us all about My Generation. That popular hit was followed up with Substitute, another Top 10 in the UK and inspired by The Miracles’ song, The Tracks of My Tears which made use of the word “substitute” and The Who songwriter, Pete Townshend, loved it so much he built an entire song around it, one good enough for this list.

Substitute has a couple of interesting narratives going on. On the one hand we have a girl who is in a relationship

with a guy who considers himself a substitute for a previous guy she was with, which suggests he is essentially a runner-up prize or someone she has started a relationship with on the rebound. The other element to the song is that this guy is not what he seems. He is from a poor background (“born with a plastic spoon in my mouth”), his attire is deceptive (“fine-looking suit really made out of sack” and even physical appearance is a facade (“look pretty tall but my heels are high”). The narrator seems to dismiss the girl, wanting “facts” instead of “lies” and dismisses her “crocodile tears”. In a brilliantly scathing dig he even wants to substitute her for his mum, because “at least I’ll get my washing done”. This sounds like a relationship built on deception but now the truth is out the whole thing has quickly unravelled.

As far as The Who are concerned, My Generation, tends to be up there as arguably their best song, but for me I have always preferred Substitute. Townshend’s lyrics are delightful, especially the “plastic spoon” image being an alternative for someone born with a silver spoon in their mouth, an indication of wealth and privilege. There is a sadness here with the narrator going out of his way to be something he is not to win this girl’s attention. Class background should not be a determiner for who we have a relationship with but for some people that is make or break. The Who were seldom better than when they recorded this song and therefore it will have to be a “substitute” for My Generation in the current Top 10. 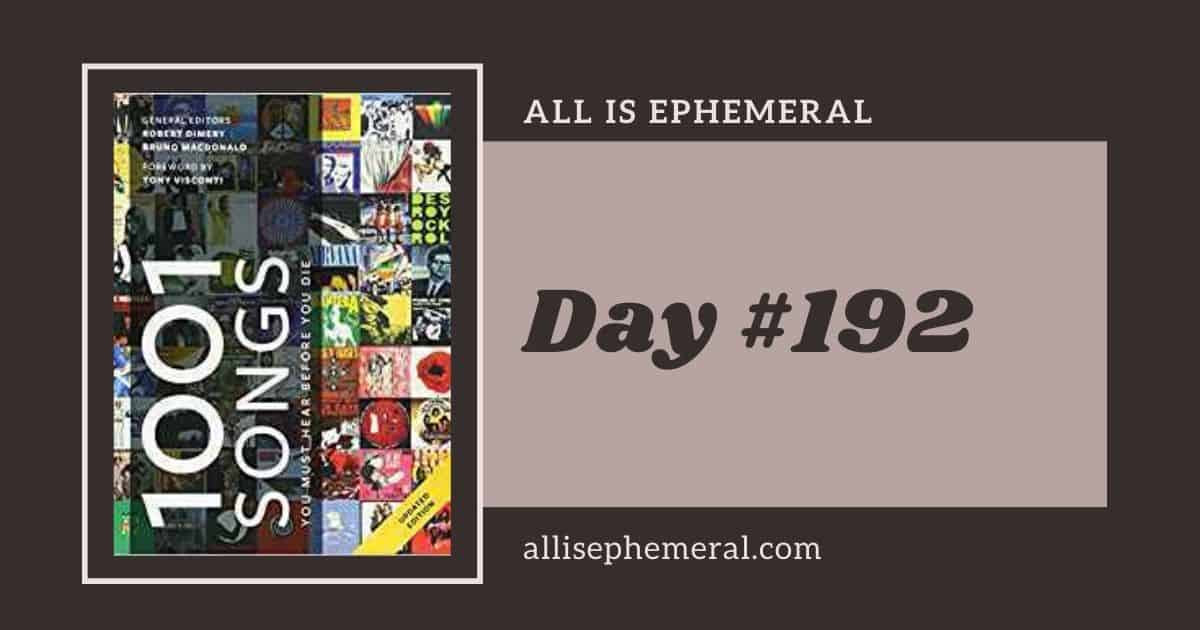