It’s still 1964 and we’re back on a plane today across the Atlantic to the UK, my home and the setting for some truly great music and artists still to come. I’m assuming so at least. Anyway, we have one such artist today making her first appearance on the 1001 Songs list. Dusty Springfield became one of the icons of the Swinging Sixties and garnered a loyal following in the decades that followed. From her early collection we have a song written by Burt Bacharach and Hal David which Springfield took on and made her own – I Just Don’t Know What to Do with Myself.

Myself, we have such emotions in droves. Springfield takes us through proceedings with some truly heartrending imagery about a lost soul missing the one they used to be with. She tells us of planning things for two and in the chorus hits hard on the heart strings by singing of a rose in the summer that needs both the sun and the rain to thrive. Our narrator is really struggling. They have so much time on their hands it hurts but immersing themselves in parties and other gatherings is doing nothing to ease their pain. Only one person can make things better.

I don’t recall hearing Dusty Springfield’s version of this song. Being the ignorant soul that I am, my first affiliation with this song came courtesy of The White Stripes who delivered a fantastic, albeit rockier, version. Dusty Springfield takes us through a gentler and more sombre ballad of heartbreak. Her voice is beautiful and the pain she conveys with the lyrics is very real. Her career would go on for many years though sadly ended in 1999 as a result of cancer. Dusty Springfield was only 59. Which version of the song do I prefer? I don’t think they warrant comparison as both are completely different takes on a great song. 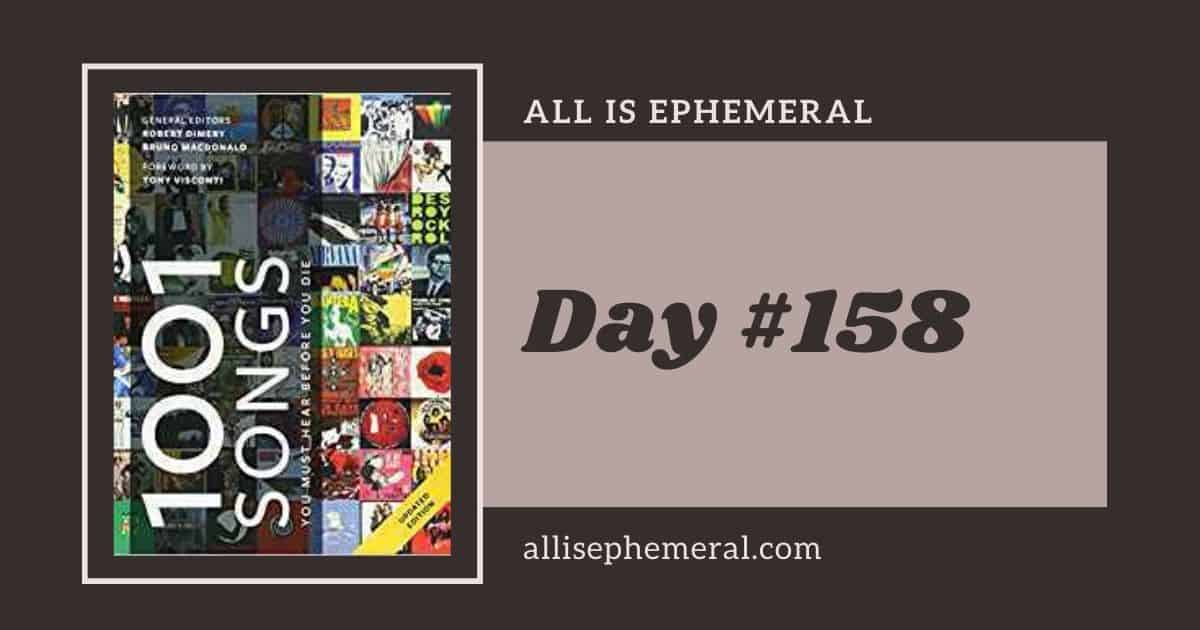