” Ev’ry Time We Say Goodbye” is a popular jazz song with lyrics and music by Cole Porter. Part of the Great American Songbook, it was published by Chappell & Company and introduced by Nan Wynn and Jere McMahon in 1944 in Billy Rose’s musical revue Seven Lively Arts.

It’s a third song in a row from Cole Porter today. This was written in 1944 and used in the musical Seven Lively Arts. As with many of Porter’s songs, this has been covered by many artists but for this list we have a second appearance from Ella Fitzgerald in the 1001 Songs and it is her version that is considered the best of the lot.

Ev’ry Time We Say Goodbye is self-explanatory. The narrator sings of the joy of being with someone but then shares the

pain and heartbreak of what it is like when they are not there. The song uses a striking analogy in the form of music, comparing the parting of the loved ones as the same as a change from major to minor. On the surface, it seems a very simple song but there is a lot of emotion and meaning to the words.

This song came from Ella Fitzgerald recording a cluster of Cole Porter’s songs and is said to have revived what was in danger of becoming an ailing career. Fitzgerald would survive and continue to thrive. Her unquestionably great voice is on show here and the emotive nature of Cole Porter’s song comes through and thrives in her very capable hands. 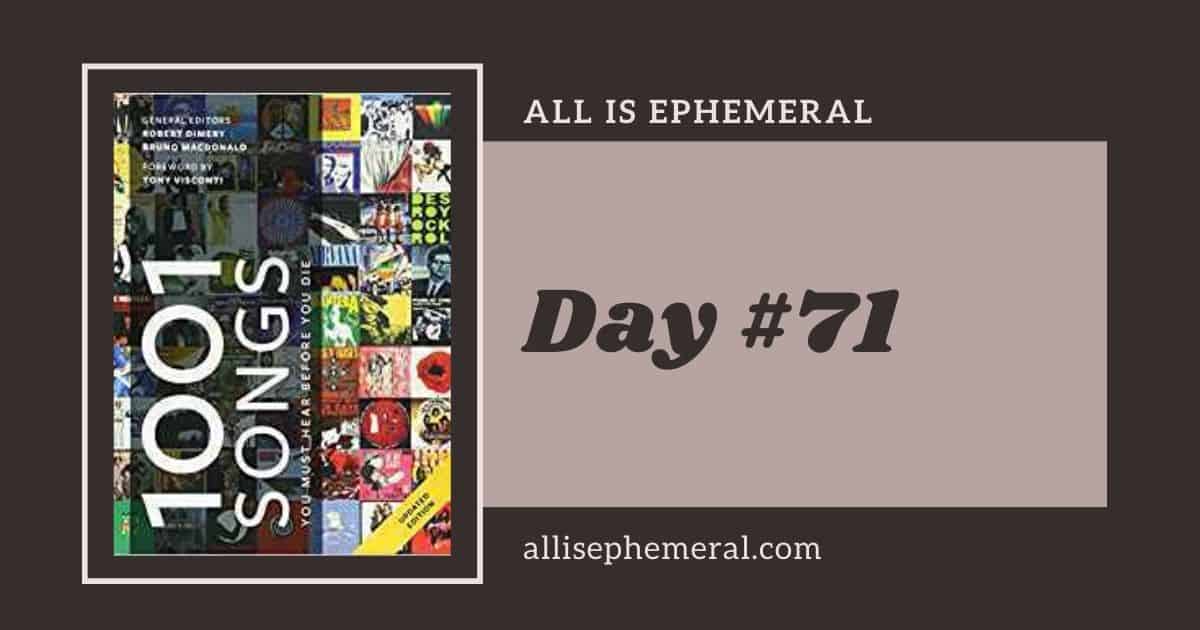