Crying in the Chapel

” Crying in the Chapel” is a song written by Artie Glenn for his son Darrell to sing. Darrell recorded it while still in high school in 1953, along with Artie’s band the Rhythm Riders. The song was rejected by Hill and Range Songs and Acuff-Rose Music.

Staying on in the US for the moment and we’re having ourselves some R&B today. Today’s group – The Orioles – are considered one of the earliest pioneers of the doo-wop sound which puts greater emphasis on group vocal harmonies as opposed to the music itself. The Orioles were popular in the 1940s and early 1950s and today’s number, a cover version of Crying in the Chapel is regarded as one of their best.

Crying in the Chapel may sound like a bleak song with that title but it is anything but. The Orioles take on the narrator who sings of being lost in the wilderness of the outside world where there is confusion and little meaning. Entering the chapel and finding sanctuary in the Lord changes all of that. No longer lost, the narrator has meaning and purpose, and with that the tears flow in the chapel, not of sorrow but of contentment and happiness for they are home.

I wasn’t familiar with The Orioles prior to listening to this but I am familiar with this song. Many cover versions have been recorded, with the King – Elvis Presley – being one of them and that is where I have heard it before. The vocal harmonies in The Orioles are delightful and wherever you stand on religion and faith, there is a lot to appreciate with this song. The Orioles, sadly, would not last much longer as a group but songs such as this ensured their legacy.

B.B. King rose from humble origins to the present day where he is considered one ... 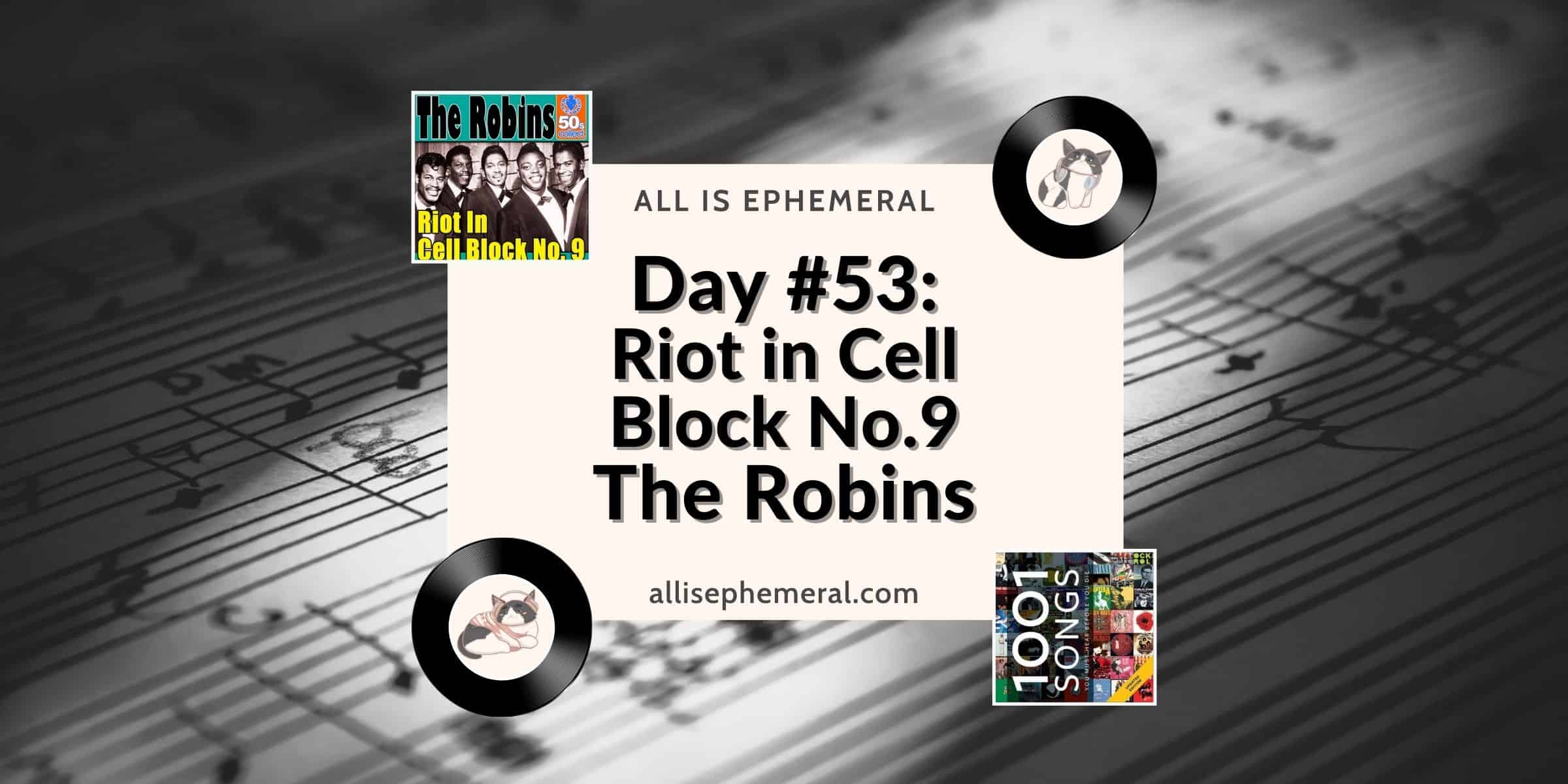 The song sees the narrator singing about a prison riot that broke out in Cell ...