For our eighth song we leave the shores of Cuba and head back across the sea to New York where we delve back into the world of jazz. Cab Calloway is our host today along with His Orchestra and the song in question is Minnie the Moocher. Considered a classic of its time, Minnie the Moocher demands audience participation, which includes you dear reader so get those vocals ready, with Calloway’s use of scat lyrics that sound like absurd mumblings.

From my research I found that the song contains drug references with its use of slang and that Minnie the Moocher seems to refer to the true story of an old homeless woman that sadly perished on the streets one bitter winter’s night. For such a sombre subject, the song does sound upbeat and, as already mentioned, Calloway expected the audience to repeat each combination of scat lyrics he threw in between the verses and as the song goes on they get progressively harder.

I wasn’t new to Minnie the Moocher and anyone that has seen John Landis’ 1980 classic, The Blues Brothers will know this one as well. Calloway appears early in the film when Jake and Elwood visit the nuns and he joins them during their fundraising show at the conclusion where he sings, of course, Minnie the Moocher, to get an impatient audience on side. Having only sampled the 1980 rendition of the song, it was a privilege to go back and hear it in its original form almost fifty years prior to The Blues Brothers. Calloway had both the voice and the dance moves to bring this memorable jazz number to life. Just be careful when you have a go at those scat lyrics, they’re not for the faint-hearted. 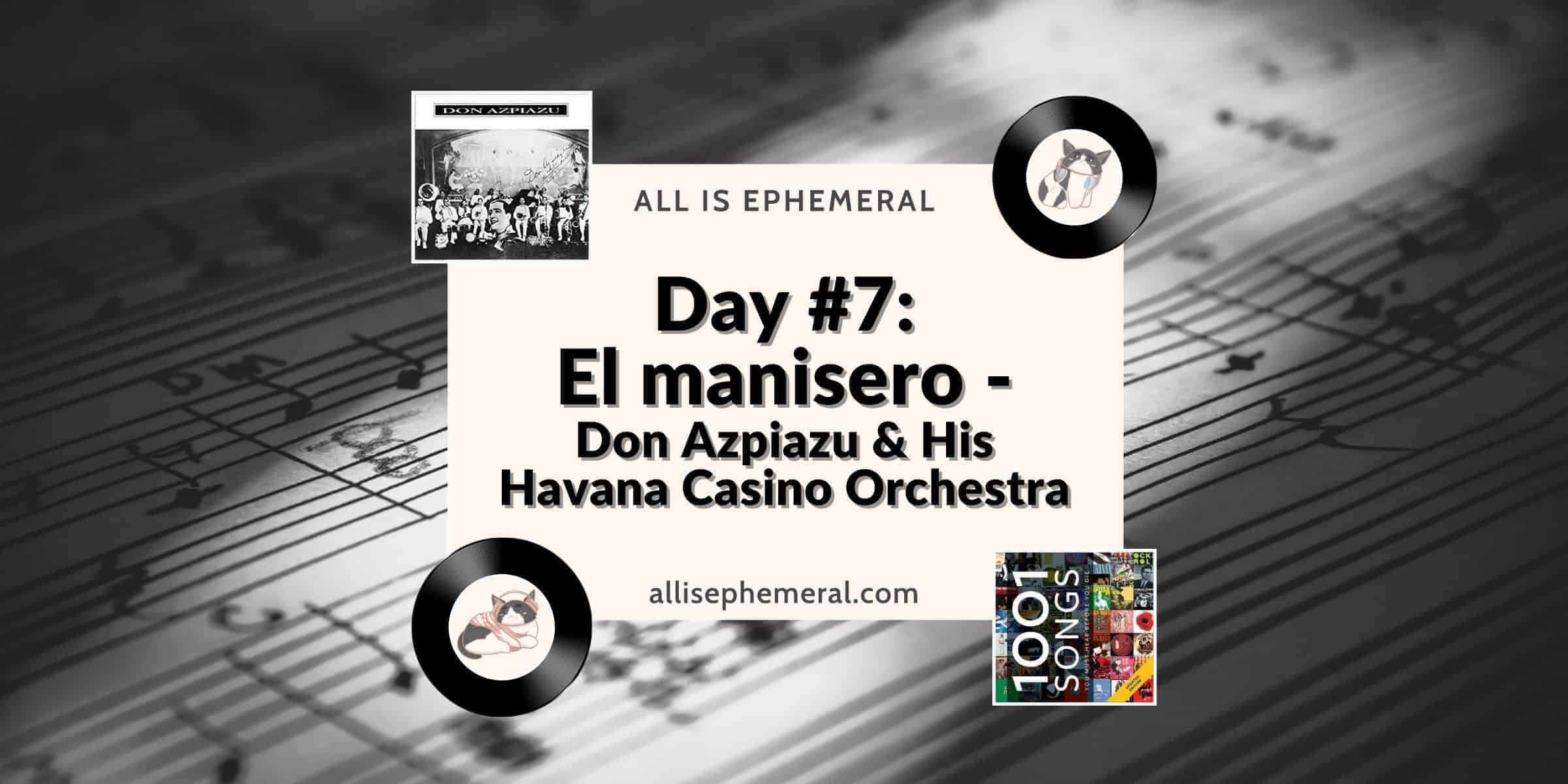 El manisero means the peanut vendor and this particular song is one of the most ...

I’ve found from research that Bessie Smith's Need a Little Sugar in My Bowl may ...