Sound of Silver is the second studio album by American rock band LCD Soundsystem. The album was released jointly through DFA and Capitol Records in the United States and EMI elsewhere, first on March 12, 2007, in the United Kingdom.

Lyrics (via Genius)
Read “Someone Great” by LCD Soundsystem on Genius

We bring an end to what has been a brief journey through 2007. We’re leaving the UK and London today, dear reader, and returning to the US and to New York. Formed in 2002 by James Murphy, who also was a co-founder of DFA Records, LCD Soundsystem are a rock band that incorporate elements of dance and electronic music into their repertoire. We join the group in 2007 with the release of their second album – Sound of Silver – and from there 1001 Songs have gone with the track – Someone Great.

With the title of this song you might think we are dealing with a love song and in some respects we are. The lyrics evoke a

heart-rending tale of grief. The narrator reflects on the lives of those we share our own existence with, be it friends, family, colleagues, lovers etc. With each individual we share moments, sometimes good, sometimes bad, but in the end the eventual outcome is always the same. Many pass away before we do and in their wake is left the memories and possessions once quintessential to them. The song talks of one such person who has passed away and how the narrator saw it coming, so perhaps this individual they now mourn was ill. The song conveys the raw pain and anguish of hearing someone has died and then going through the grieving process, trying to rebuild one’s life without them. Rarely an easy task.

I was not familiar with LCD Soundsystem and when I heard their name I did not expect to be listening to a rock band. The music here seemed heavily driven by a synthesiser or electronic music, but the song’s message comes through strongly. Reading through the lyrics, this one has a universal meaning, for all of us will face grief and the loss of someone we love in our lifetimes. It’s one of the sad realities that is life and existence and this song does not hold back in conveying that.

Paper Planes was inspired by M.I.A.’s experiences of immigration monitors in the US and how ... 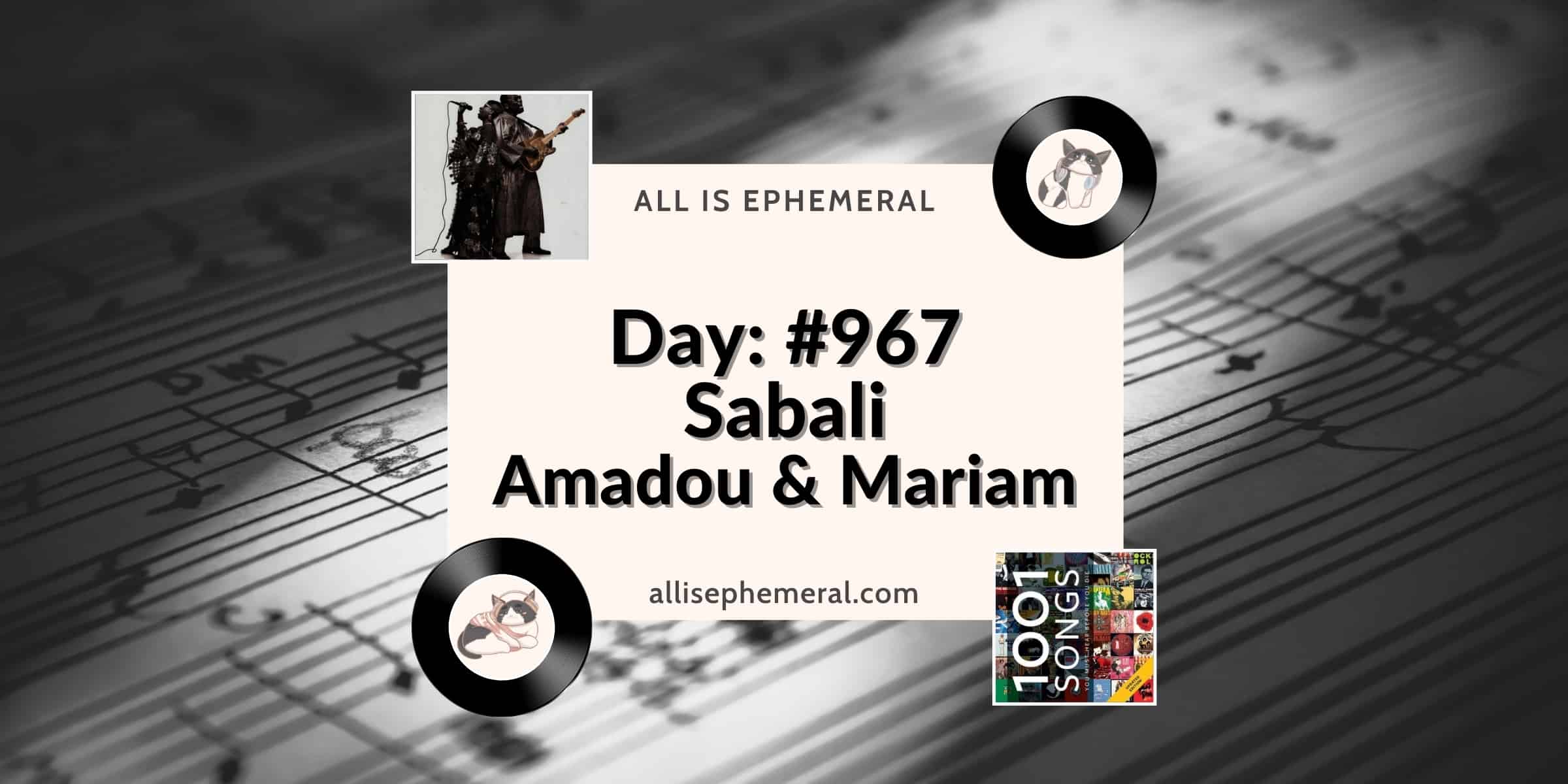 Sabali translates as “patience” and in the track the lyrics seem to tell the story ...