” Supermassive Black Hole” is a song by English rock band Muse. Written by Muse lead singer and principal songwriter Matt Bellamy, it was released as the lead single from the band’s fourth studio album, Black Holes and Revelations (2006), on 19 June 2006, backed with “Crying Shame”.

Goodbye to 2006. We’re leaving the US today, dear reader, and making our way back to the UK. We head for the southwest of England and the county of Devon. Formed in 1994, Muse were a trio that specialised in variants of rock. They began steadily, recording successful albums as they went along but it is in 2006 that we join them. Muse have released their fourth album, Black Holes and Revelations, and from there 1001 Songs have gone with the track, Supermassive Black Hole.

Supermassive Black Hole was written by lead singer, Matt Bellamy, and appears to concern a narrator who has fallen for

someone he probably shouldn’t have but they are hard to resist and he is powerless to put up any kind of fight. The narrator speaks of being firm in their convictions prior to meeting this person, confident that no one could sucker or humiliate them, but now they have met someone they can not get enough of and they don’t know what to do going forward. The song uses analogies of the cosmos with the “black hole” of the title being the pull of gravity this individual has on our poor narrator.

Muse are another group I am not overly familiar with save the track, Starlight, that I heard years ago and spent years more haunted by because I did not know what it was called or who sang it. When I finally found out and added it to my list on Spotify, it was a good day indeed. Supermassive Black Hole is inferior to Starlight in my opinion but it is still a strong piece and makes me eager to sample even more of the group’s work. 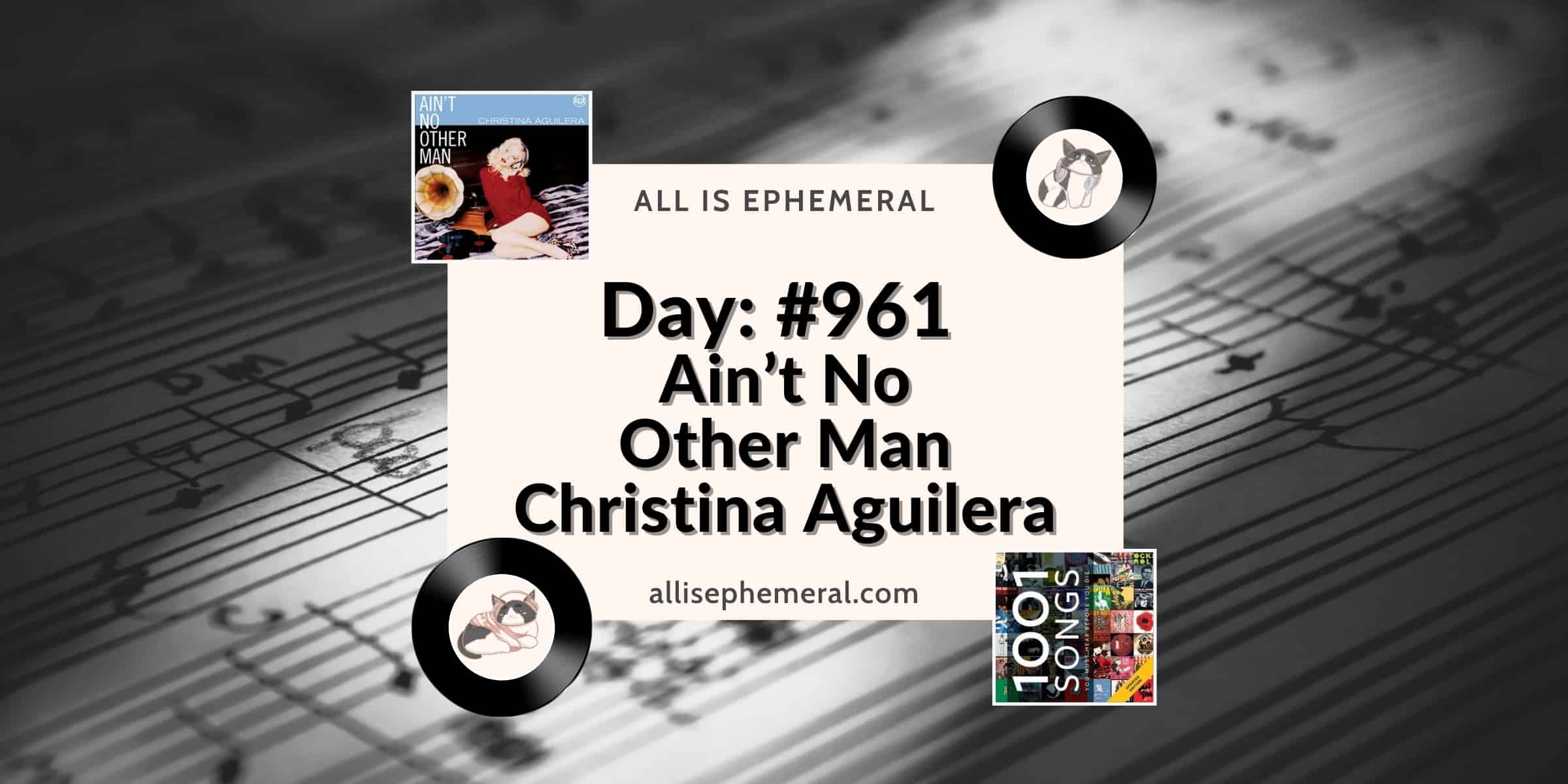 Having married in 2005, Christina Aguilera was inspired by this union into writing Ain’t No ...

This collaboration between Robert Plant and Alison Krauss was an award winning and critically acclaimed ...