” This Corrosion” is a song by English rock band the Sisters of Mercy, released as the lead single from their second studio album, (1987), in September 1987. The song peaked at number 6 in Ireland, number 7 in the UK, and number 17 in Germany.

We’re leaving France and making our way back to the UK and to Leeds in Yorkshire, a place yours truly once worked for four years, if you can imagine, though I won’t tell you what I did. Rest assured, dear reader, it was legal. Anyway, The Sisters of Mercy were formed in 1980 and had a turbulent period of line up changes leading to a split of sorts in 1985. The main stay has been Andrew Eldritch at the helm and when we join the group in 1987 it is with the release of their second album – Floodland. From there, 1001 Songs have gone with the song, This Corrosion.

The background to This Corrosion can be found in the group split back in 1985. Members, Wayne Hussey and Craig Adams,left The Sisters of Mercy and formed a new group called Sisterhood. Insert thoughtful looking emoji here. Andrew Eldritch did not take kindly to this new band sounding similar to his own and penned This Corrosion as an attack on his former bandmates. Hussey and Adams would later rename their group The Mission with Hussey expressing regret about his prior actions. This Corrosion takes the idea that Sisterhood were essentially churning out mediocre substitutes of The Sisters of Mercy, but Eldritch has explained the song is an extended attack on anyone preaching a specific message without being fully behind it themselves, essentially a false prophet betraying themselves and the masses they are addressing with words deemed to be gospel.

I have been pleasantly surprised by the amount of bands on this list to have hailed from Yorkshire. The Sisters of Mercy sound familiar by name but I don’t recall hearing their work before. This Corrosion clocks in at around ten minutes with a mesmerising opening choir and a general feeling of epicness all around. Jim Steinman, who produced Meat Loaf’s Bat Out of Hell, was on board for this song and you get a feel of the great man’s influence. Our Jim sure likes a long song or two. The Sisters of Mercy continue to this day but stopped recording in 1993 after a dispute with their record company. Instead, they tour and tour, incorporating new material but are yet to return to a studio or sign a new record deal to make a new album. 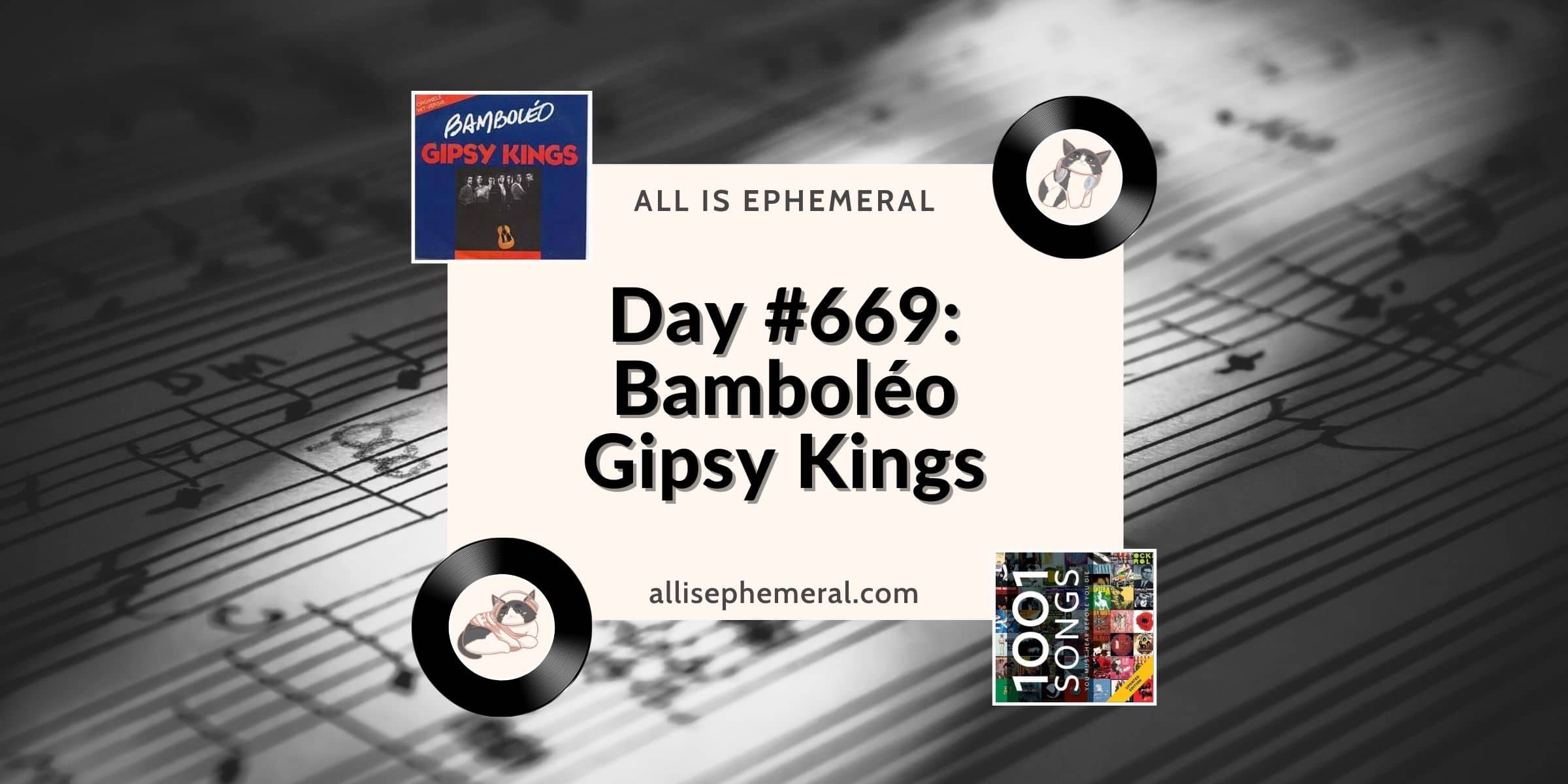 Bamboléo is actually reworked from Simon Diaz’s Cabalo vejo which appeared on our list back ...

The music kicks in and there's a desire to sing the Camarón of the title, ...