I Walk the Line

” I Walk the Line” is a song written and recorded in 1956 by Johnny Cash. After three attempts with moderate chart ratings, it became Cash’s first number one hit on the Billboard charts. It reached number 17 on the US pop charts.

We continue in the US where legendary names are starting to come thick and fast on this list now. Today’s artist excelled in country music circles though his repertoire extended into other genres such as blues and rock and roll. Johnny Cash would enjoy a glittering career but it wasn’t one without problems in the shape of drug and alcohol abuse. One of Cash’s most famous songs has unsurprisingly made our list today – I Walk The Line.

Written by Cash in 1956, I Walk the Line is a simple song but one with a profound message. In the song, Cash sings

of his love and devotion for a woman. This fidelity he has makes him want to go through life carefully and to stay out of trouble. Such loyalty as this is not hard for Cash though; this woman completes his life, makes everything better and, in turn, he wants to be better for her each and every day.

Johnny Cash was married to his first wife at the time of this song’s composition. He would later meet the love of his life, June Carter, in the 1960s and they would spend the rest of their lives together, dying within four months of each other. I Walk the Line feels like a prophetic song about Cash’s relationship with June, who would support him through drug addiction and fill a void in his life that not even music could fill. Surprisingly, Cash wrote I Walk the Line in the space of 20 minutes and it sounds wonderful more than 60 years later. 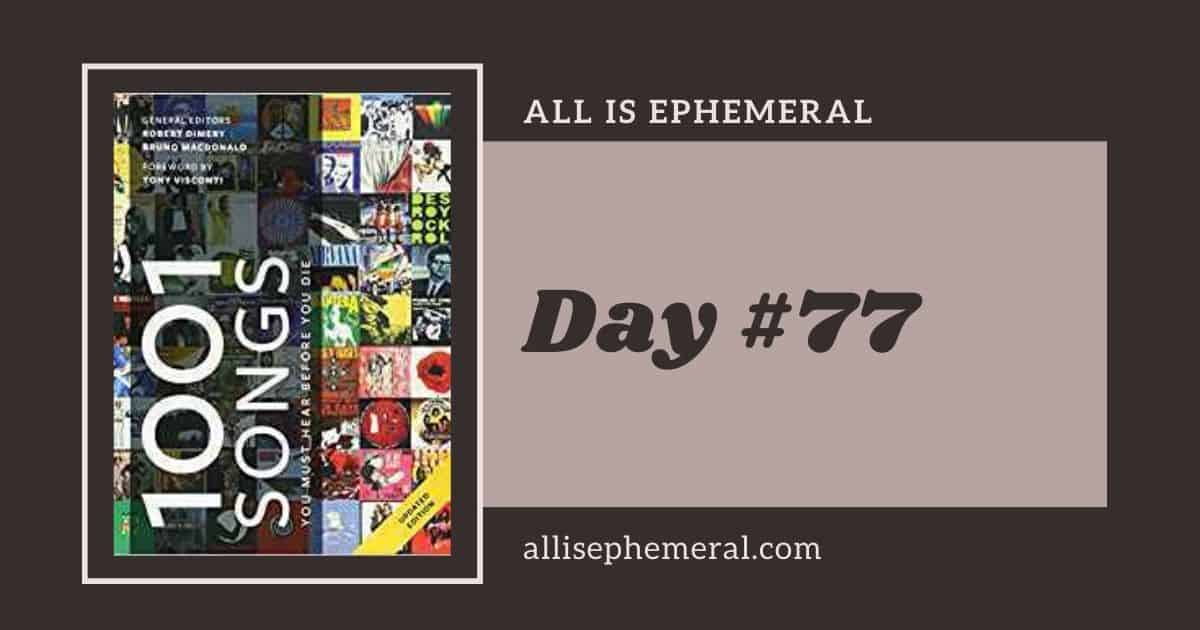 #77 on the 1001 Songs Challenge is The Knoxville Girl by The Louvin Brothers ...