” Nature Boy” is a song first recorded by American jazz singer Nat King Cole. It was released on March 29, 1948, as a single by Capitol Records, and later appeared on the album, The Nat King Cole Story . The song was written in 1947 by eden ahbez and is partly autobiographical.

We remain in the US and enjoy a second appearance today from Nat King Cole and the famous Trio he was part of. Nature Boy was a massive deal for Nat King Cole. Not only would it top the US charts but it would endear him to a wider audience with both white and black Americans now appreciating his music. Nature Boy was written by eden ahbez and is semi-autobiographical.

Anyone that has seen Baz Luhrmann’s Moulin Rouge (2001) will immediately recognise Nature Boy for Nat King Cole sings of “a very strange enchanted boy” and how they “spoke of many things, fools and kings” before the Nature Boy of the title offers a piece of wisdom in the form of “the greatest thing you’ll ever learn, is just to love and be loved in return.” eden ahbez wrote the song after spending time with Nature Boys, followers of German philosophy that stipulated a diet of fruit and vegetables as one of many tenets they lived by. eden ahbez was the name the songwriter embraced as part of this community and the song echoes a community where love is seemingly the only thing that truly matters.

I did enjoy Nat King Cole’s rendition of Nature Boy. That said, it was hard not to shake the image of John Leguizamo as Toulouse-Lautrec singing sections of the song to lead us through the opening reels of Moulin Rouge. It’s fascinating to see where the song began and heartwarming that Nat King Cole was able to resonate with such a large audience despite this period in American history being one before the civil rights movements of the 1960s. 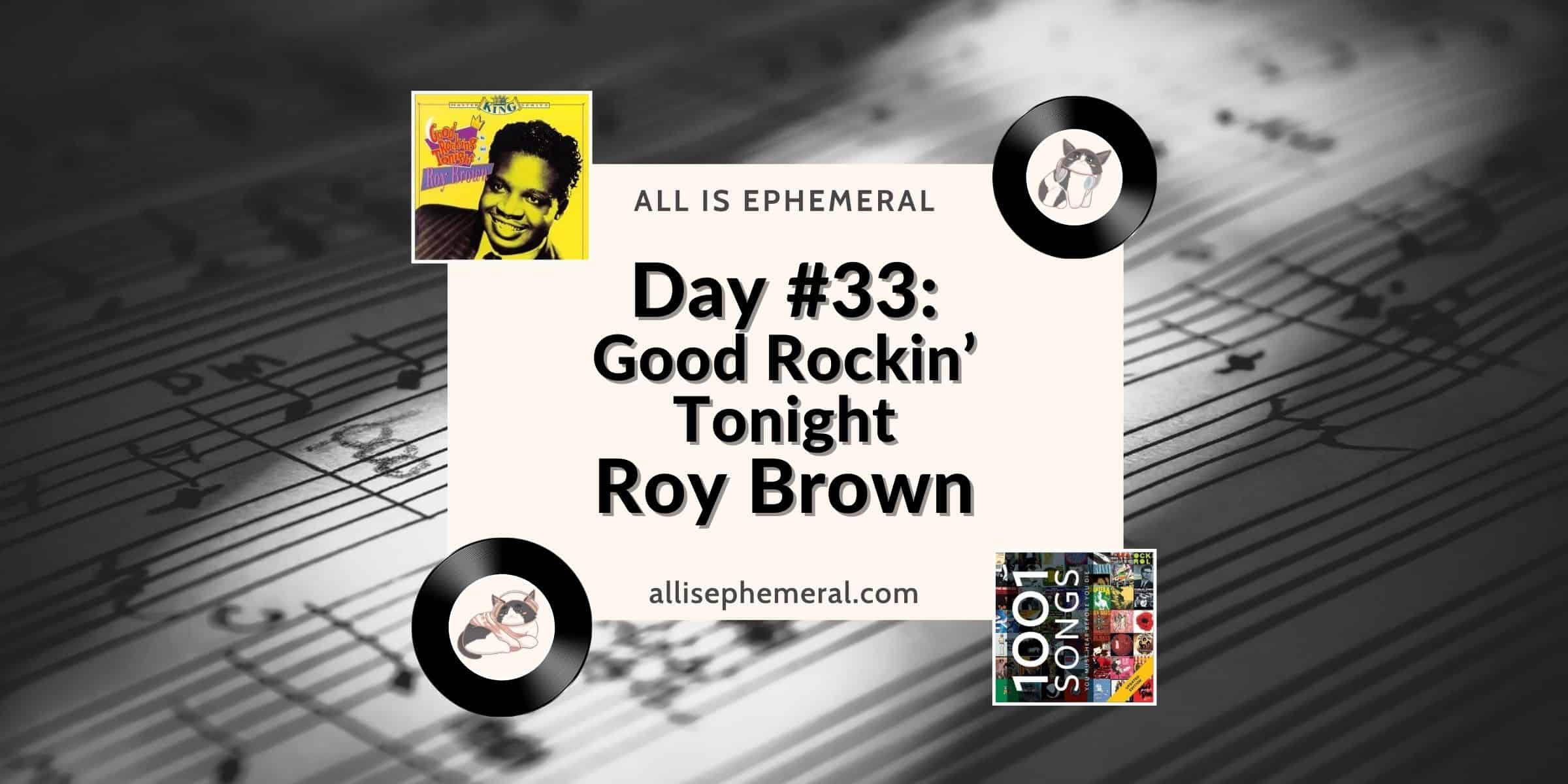 In Good Rockin’ Tonight Brown sings of how he has heard about the good rockin’ ...

This is an epic song with a multitude of verses sandwiching the chorus. Louis Jordan ...