We bringing an end to our time in 1993, dear reader, and as a result we are leaving the US and New York today. We are heading somewhere completely new. Into Asia we go and to the Tuva Republic which can be located between Russia and Mongolia. Formed in 1992 Huun-Huur-Tu have kept things very traditional to their homeland, specialising in throat singing and Tuvan folk music. We join them in 1993 with the release of their debut album, 60 Horses in My Herdi, and from there 1001 Songs have gone with Ching soortukchulerining yryzy.

group which is concerned with traditional folk tales and stories of the Tuvan steppes. Incidentally, the band’s name translates as “sunbeams” which opens up many possibilities in terms of meaning. I was unable to find an English translation of the song unfortunately but with the title can postulate it deals with the traditional nomadic life of the Tuva people on the Russian steppes, living in yurts, travelling with the changing weather and living through harsh conditions and environments.

Although I was not able to find a translation for Ching soortukchulerining yryzy I still found this to be a splendid folk piece. A similar rhythm runs throughout the track while the different members share out vocal duties, offering contrasting regalements of the Tuva people with varying interjections from the individual members. I had never heard of Tuva prior to this challenge but the likes of Huun-Huur-Tu offer us a window into the lives of these remote yet musically talented people.

C.R.E.A.M. is nothing to do with the pleasant accompaniment to many a dessert. Instead it ... 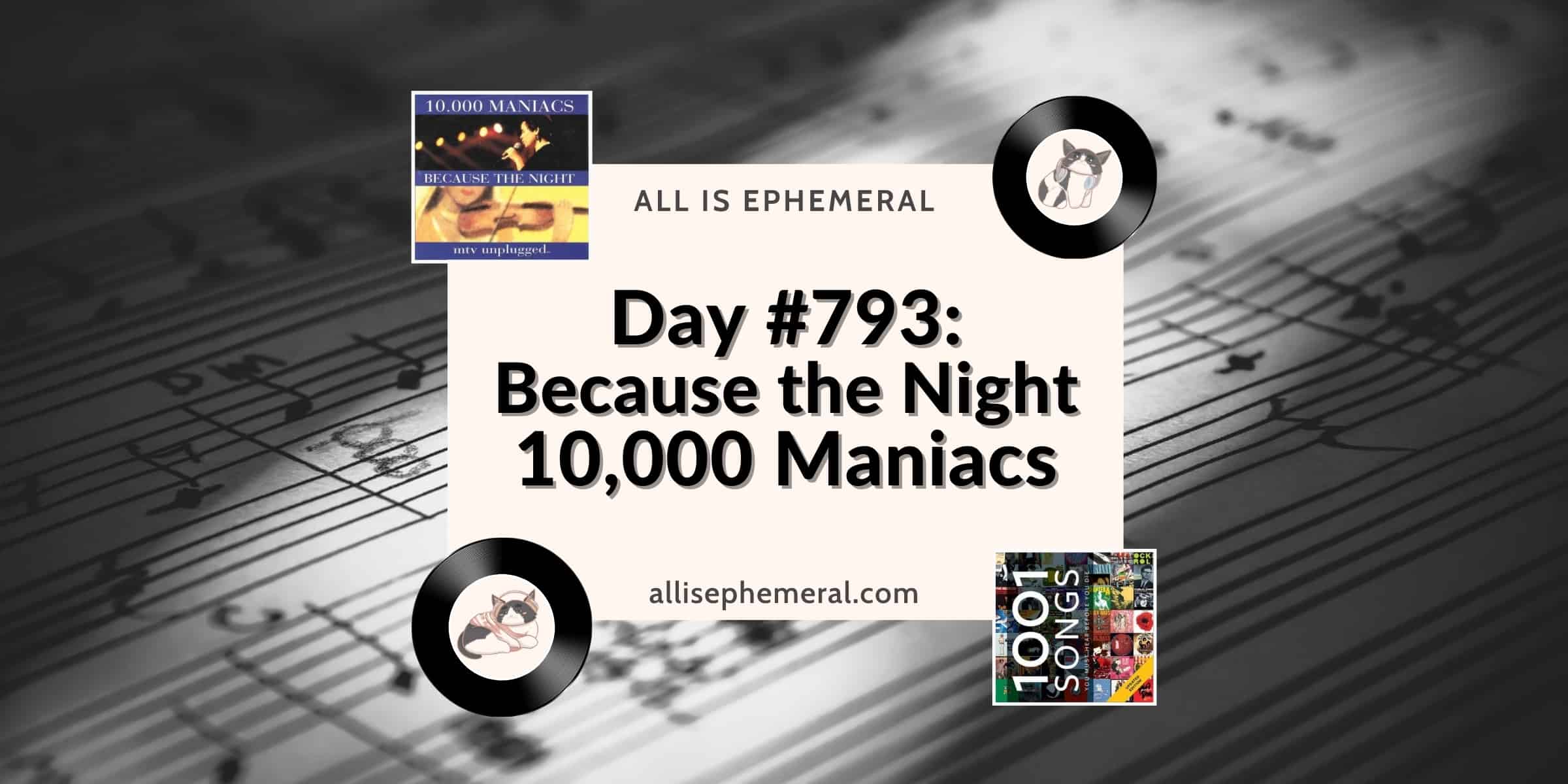 10,000 Maniacs’ cover of Because the Night made a handful of changes to the lyrics ...