One for My Baby (and One More for the Road)

” One for My Baby (and One More for the Road)” is a hit song written by Harold Arlen and Johnny Mercer for the movie musical The Sky’s the Limit (1943) and first performed in the film by Fred Astaire.

We’re in the US once more, folks, and we’re in familiar territory with today’s artist. It is a third appearance on this list from Frank Sinatra and we’re still only in the 1950s so the US legend may eclipse Billie Holiday yet with four entries so far. For our featured song today we have a number written by Harold Arlen and Johnny Mercer which originally appeared in the musical, The Sky’s the Limit (1943), and performed by Fred Astaire. Sinatra recorded numerous versions of the song but his best, and the one worthy of this list, came in 1958.

alone in a bar late at night. It’s nearly closing time but Sinatra wants Joe to hang on just a little bit longer for he has a story to tell. It sounds as if Sinatra is lamenting the end of a relationship for he beseeches Joe to hear him out and periodically asks for one more drink for his love and one more before he leaves. It sounds like he’s been in the bar for some time but isn’t yet ready to go home. Joe seems a dutiful patron and hears Sinatra out.

This is a sombre song of lost love and listening to the lyrics you can picture the narrator there in that bar with Joe, the place quiet save for the two men, the place probably cleaned and tidied for the following day but one last customer hangs onto the bar and simply will not go. It seems Joe is the only human contact this man has now and he wants to hang onto this connection for as long as he can, anything but be alone. This is the best of the Sinatra songs featured so far, his vocals don’t just convey the melody but they recreate the image the song describes so its pictured vividly in your mind. 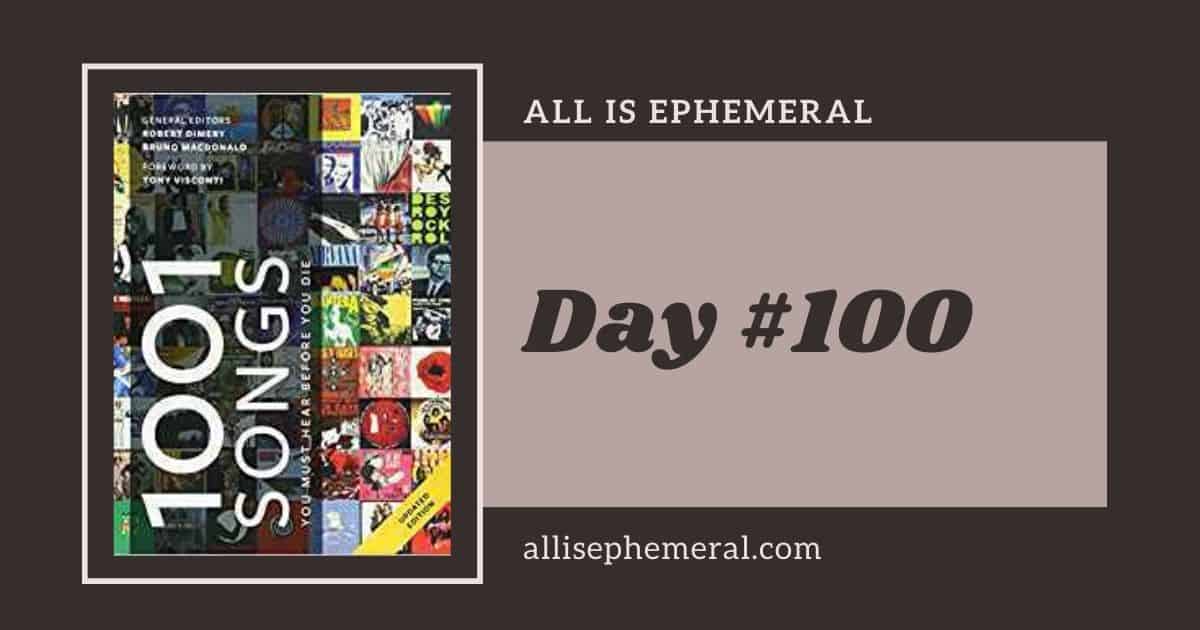 #102 on the 1001 Songs Challenge is Le Poinconneur des Lilas by Serge Gainsbourg ...