” Ne me quitte pas” (“Don’t leave me”) is a 1959 song by Belgian singer-songwriter Jacques Brel. It has been covered in the original French by many artists and has also been translated into and performed in many other languages. A well-known adaptation, with English lyrics by Rod McKuen, is ” If You Go Away”.

We’re over to Europe today and our story begins in Belgium but moves with today’s artist into France. Jacques Brel left Belgium in the mid-50s and made for France where his music career would take off in a country that felt more like home than Belgium ever would. He is an artist who would see some of his songs translated into English and then covered by the likes of Frank Sinatra and David Bowie. Brel also influenced a plethora of other singers as well. From his collection we have Ne me quitte pas (Don’t Leave Me).

Ne me quitte pas is an interesting song as a translation of the lyrics would suggest it is a love song. Not only is Brel

beseeching someone to not leave him but in convincing them to stay he is making increasingly greater and even desperate promises to show his devotion. Brel sings of building a kingdom for this person, he wants them to know of a king who died for not knowing them, and by the end he wants to be a shadow, any kind of shadow, that is close to this person. It sounds romantic but Jacques Brel stated the song is more to do with the foolishness of men and how far they will humiliate themselves. Thinking of it from that perspective it makes sense but it sounds like someone foolish because of love.

Despite five years of learning French at school I still needed a translation for this one. The imagery in the translation is quite amazing and despite Brel’s insistence to the contrary, Ne me quitte pas does feel and sound like a sad love song. He did insist that women would interpret it as romantic and had no issue with this. I see both the romance and the foolishness of men in the words. It’s insightful to see so many influences for the artists we have still to visit on our journey and knowing that not all come from US shores. 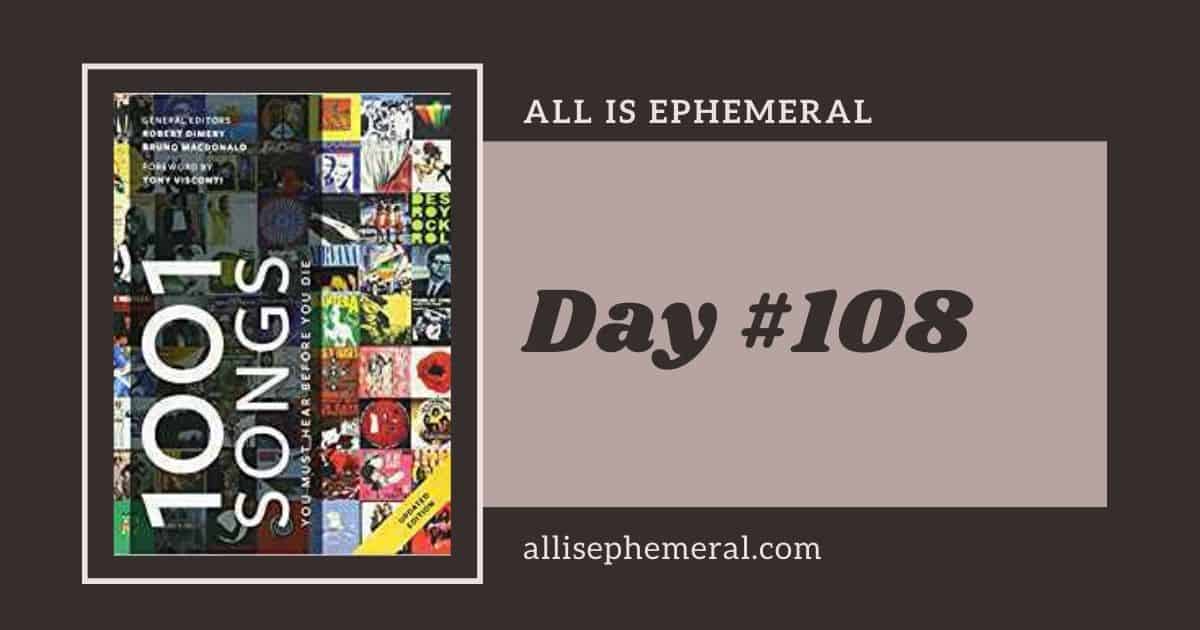