” Fever” is a song by American hard rock band Aerosmith. It is from the band’s massively successful 1993 album . It was written by Steven Tyler and Joe Perry and is the only Tyler/Perry song on written without the aid of “song doctors”.

Lyrics (via Genius)
Read “The Fever” by Garth Brooks on Genius

We’re leaving the UK, dear reader, and making our way back to the US and to Oklahoma. Garth Brooks began his career in 1985 and has released dozens of records, selling many millions of copies in a long and prestigious country music career. We join him in 1995 with the release of his seventh album, Fresh Horses, and from there 1001 Songs have gone with the track – The Fever.

Originally written as just Fever, the song began life as a composition by Aerosmith and was a testament to their leaving drugs

behind and instead enjoying other luxuries on the road, especially sex. Brooks reworked the track as The Fever and altered the lyrics to redefine the song’s message as that of a country music star out on the road and how he is hopelessly addicted to his profession. Such is his desire for music that the pursuit may ultimately kill him but what is one to do when faced with an addiction such as this?

I wasn’t familiar with either version of Fever but found the gestation of the track to be very interesting. I am not an expert on country music but it seems a strange choice for one of its stars to want to cover a song by Aerosmith. Garth Brooks does a good job though in making the track his own. Despite winning countless awards and selling millions, Brooks retired from music from 2001 – 2005 due to the painful pendulum swing between career and family. He later returned to music and earlier this year sang Amazing Grace at the inauguration of President Joe Biden. 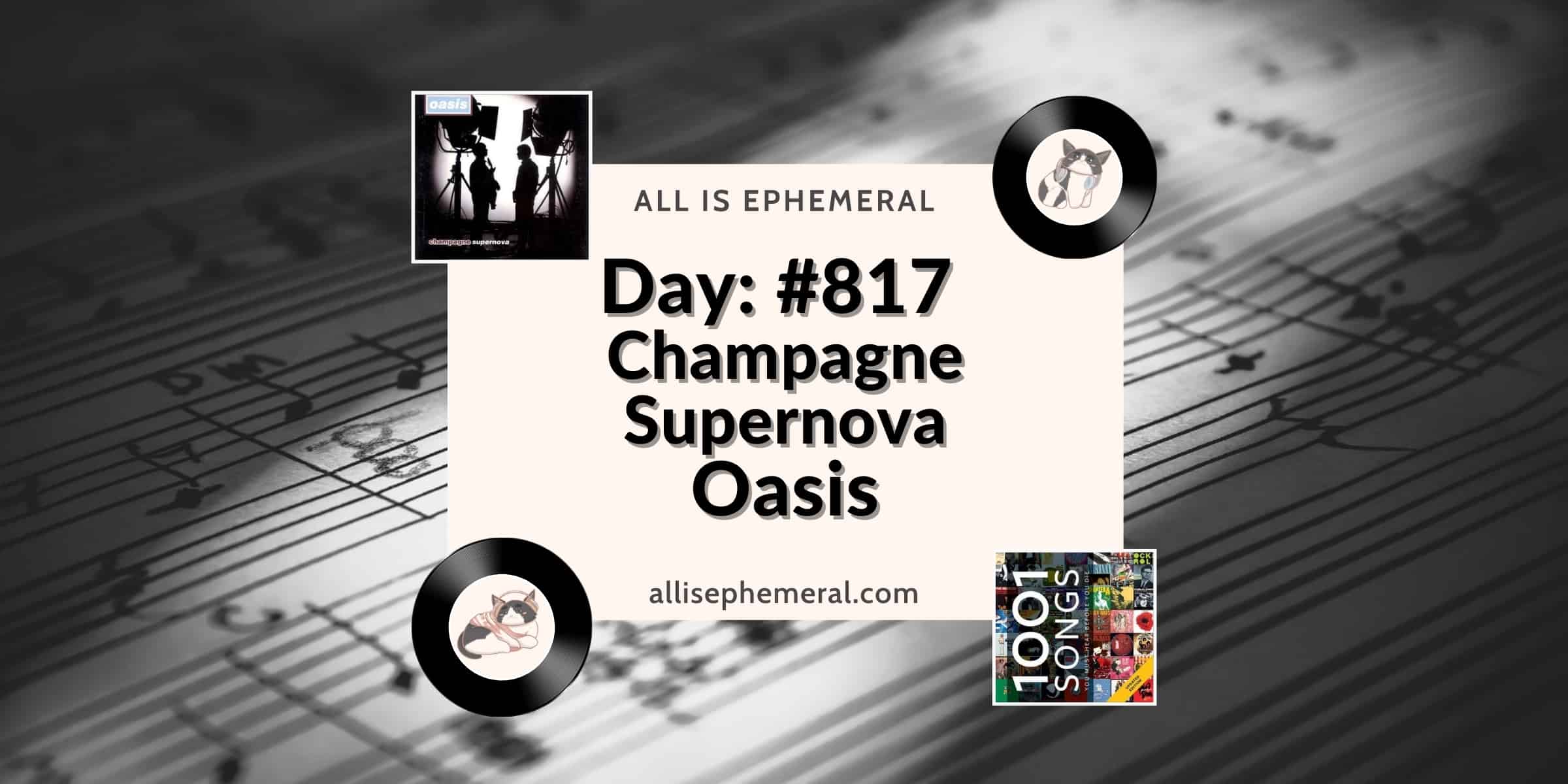 Champagne Supernova was not released as a single in the UK but it was elsewhere ...

Jackie Chan seems to be the main focus of attention but we also hear about ...