“You Send Me” is a song written and originally recorded by American singer Sam Cooke, released as a single in 1957 by Keen Records. Produced by Bumps Blackwell and arranged and conducted by René Hall. The song, Cooke’s debut single, was a massive commercial success, becoming a No. 1 hit on both ‘s Rhythm & Blues Records chart and the Billboard Hot 100.

We’re extending our stay in the US and are taking in a bit of soul today. In fact this artist is known as the King of Soul and rose to prominence in the late 1950s. He is, of course, Sam Cooke and the song for this 1001 list is his debut, You Send Me. Cooke wrote the song himself though for legal reasons it was credited to his brother. It made little difference as the song was a chart topper and set Cooke on his way to stardom.

stronger over time. The woman in question makes him have a plethora of emotions. She “sends” him, “thrills” him and being near her makes him feel amazing. Cooke sings of how he thought these feelings were an infatuation but they have not receded, only grown, and now he wants to marry her.

Sam Cooke sings this one beautifully, showcasing that great voice that would result in more hits in the years that followed such as Cupid and Chain Gang. However, Cooke’s career would come to an end in 1964 when he was killed at a motel by the manager who shot him in the chest. The incident was ruled as a justifiable homicide but to this day it remains shrouded in controversy with some believing Cooke to be a victim. What isn’t in dispute is the King of Soul’s musical legacy. 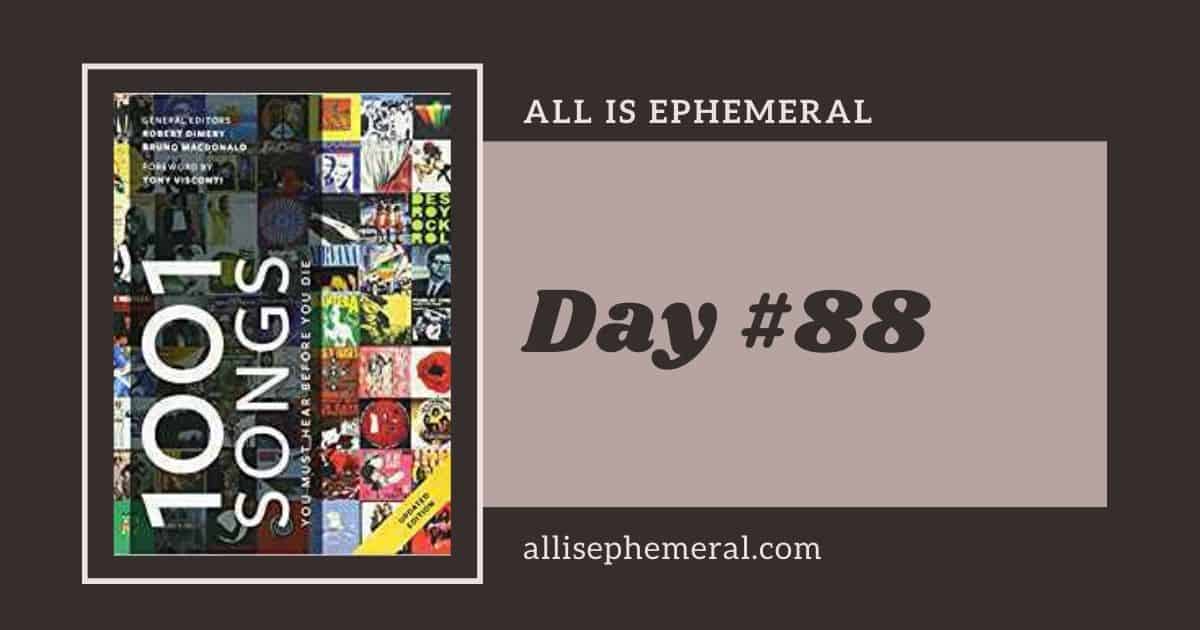